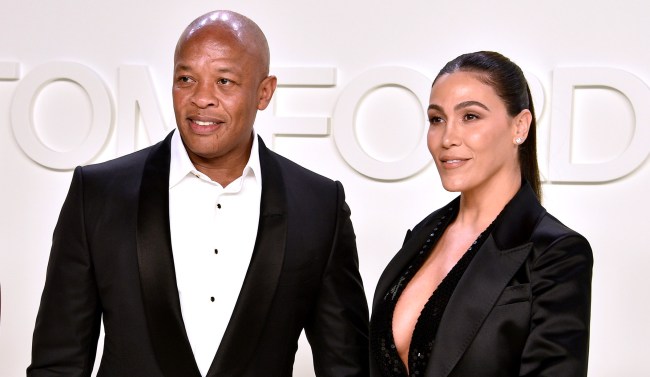 This is a lesson that one Andre Young, AKA Dr. Dre, is learning the hard way right about now.

Dr. Dre’s and his wife of close to 25 years, Nicole Young, are currently in the midst of divorce proceedings with Dre’s $1 billion empire hanging in the balance.

Young claims that the prenup she signed when she and Dre got married is invalid because, well, he ripped it up, which I am not sure is what legally makes a contract void, but I’m no legal expert.

As we learned last week, Young is seeking around $2 MILLION a month in spousal support.

That’s TWO. MILLION. DOLLARS. A MONTH. She is seeking.

Seems a bit high, but again, I’m no legal expert and I certainly have no idea what kind of expenses Young has on a monthly basis.

Thankfully in this case, Young explains in divorce papers obtained by TMZ why she needs $2 MILLION A MONTH to get by while the divorce proceedings take place.

WTAF doode, your stbx wants 900k a month for ENTERTAINMENT? What is she gonna do? Buy disneyland every month? FFS - If I had 900k I'd freaking invest it, so I wouldn't need 2 million dollars a month in support. So sorry you married that woman.

Who tf is her cellphone provider?? And Emails are free RT @DatPiff: Dr. Dre’s ex-wife on why she wants $2 million a month for temporary spousal support. pic.twitter.com/BgIAhT5vU0

All in all, Young says her monthly expenses run her around $2,530,000, so asking for two mill per month is letting Dre off pretty easy.

Oh, and she also wants $5 million to cover her attorney’s fees.

Also stated in the divorce papers are claims that Dre has been controlling all of the couple’s money and won’t even let her use her American Express black card!

She claims at one point he ordered … “Do not spend one more cent … period. You can’t be mean and disrespectful and spend my hard-earned money. F*** that!!! Yes that’s a threat … I’m putting the beach house up for sale next week …”

Nicole also claims Dre is furious at her that her lawyers are trying to dig into his personal finances, threatening “war” if she persists.

On his side, Page Six reports that Young “has refused to turn over his belongings from the Malibu home where she’s staying, including his golf clubs, a motorcycle, and a registered handgun.”