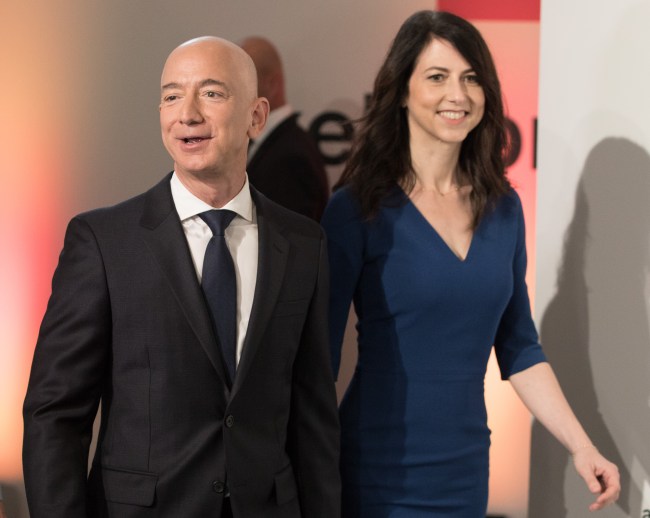 It was reported last month that Jeff Bezos is on track to become the first trillionaire in history, and could achieve this feat by 2026.

Keep in mind, this projection omits the absurd amount of money his ex-wife, MacKenzie, took in the divorce that was finalized in July of 2019. The divorce made MacKenzie the 22nd richest billionaire in the world, the fourth-riches woman in the world, and boasting a net worth that is equal to the GDP of Malta, Madagascar, and the Maldives combined.

According to recent Forbes data, Jeff Bezos would have extended his lead as The World’s Richest Man even further if he and MacKenzie hadn’t split after 26 years. The Amazon founder would have become the first person ever to boast a net worth of $200 billion if he hadn’t forked over $38 billion to his ex.

This is how rich Jeff Bezos:

and Jeff Bezos does not make any $ from this point on.

just let that sink in for a moment.

Bezos’ fortune has grown by an estimated $40 billion over the past three months as people turned to e-commerce buying due to the pandemic, landing at a $151.7 billion net worth as of the end of the trading day on Monday, Forbes reported. For perspective, Bill Gates’ current net worth is a hair over $100 billion. Bezos’ net worth is 2.5 times that of Warren Buffett, the world’s fourth richest human.

Since mid-March, American billionaires’ fortunes increased by $565 billion, or more than 19 percent, according to a report released Thursday by Institute for Policy Studies’ Inequality.org. [via]

MacKenzie, who scored a 4 percent stake of Amazon in the divorce, also experienced a bump in net worth as shares of Amazon were up 1.7 percent on Monday, at $2,524.58. MacKenzie is now worth an estimated $49.5 billion as of Monday.

Now if you excuse me, I must call Capital One for a credit increase.