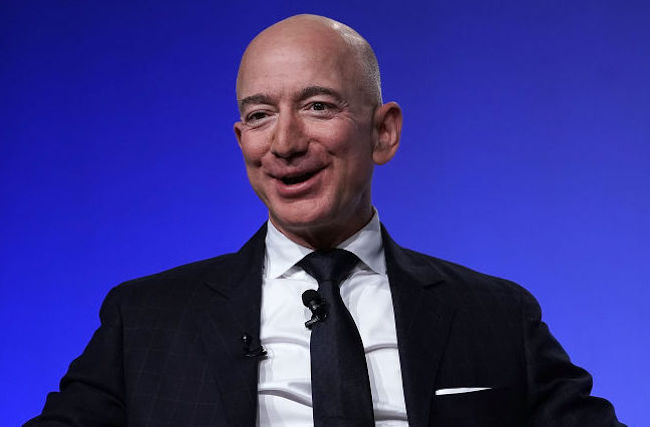 There was once a time when having a million dollars to your name made you part of a fairly elite club but the label that comes with possessing that much cash no longer grants you the same status it once did before it came possible to make that much money in an hour by correctly answering a bunch of questions Regis Philbin throws at you.

It’s obviously still a life-changing sum, but as Justin Timberlake reminded us in The Social Network, if you want to truly be considered cool, you have to gain membership to what Silicon Valley‘s Russ Hanneman famously dubbed the “Tres Comas Club.”

Unlike millionaires, the people who grace Forbe’s annual list of net worths that seems to exist solely to make us feel bad about ourselves all have more money than any person will be able to spend over the course of their life.

For a good part of the previous decade, Bill Gates found himself at the top of the rankings, and to his credit, he’s made an incredibly concerted effort to ensure a sizeable chunk of the tens of billions of dollars he has at his disposal are used to benefit a variety of admirable causes.

However, in 2018, Gates saw himself lose the top spot to Amazon CEO Jeff Bezos, who boasted a net worth of $112 billion compared to the Microsoft founder’s truly paltry $90 billion and has only seen it continue to balloon since then.

Bezos has come under constant fire for some of the morally and ethically dubious ways he’s amassed his staggering fortune and even gets shit on when he devotes some of it to a good cause. With that said, he hasn’t done a lot to help garner a ton of goodwill with the countless things he’s used his Fuck You Money to purchase despite having every right to do with it what he pleases.

Bezos did take a bit of a hit last year when his lack of a prenup led to his ex-wife MacKenzie getting a $38 billion payday after they divorced but he seems to be bouncing back just fine, as he’s already recouped $24 billion through the earnings he’s made this year.

It can be hard to process just how large Bezos’ fortune is, but if you’re in the mood to be incredibly humbled, this video does a good job illustrating just how much he has to his name.

However, it looks like whoever made that is going to need to buy a fuckton of rice at some point if they want to eventually do an update, as Comparisun looked at current trends to predict how much the world’s wealthiest people could be worth in the coming years and estimates Bezos could become the first trillionaire in history as soon as 2026. 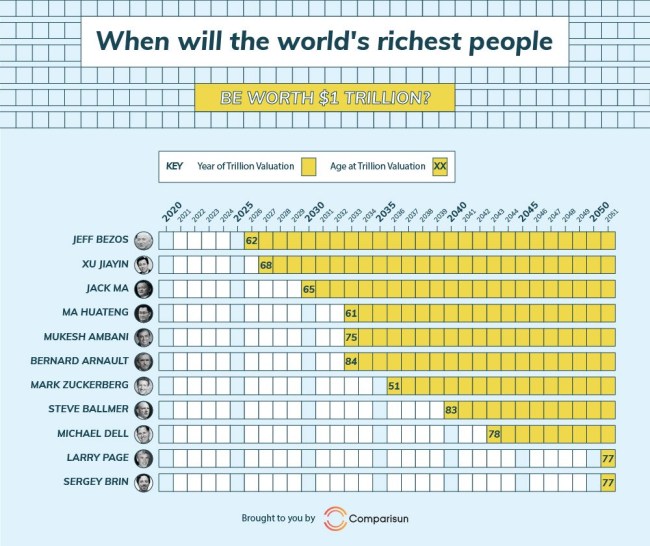 In 2018, Apple became the first company to ever reach a trillion-dollar market cap and was eventually joined by Google and Microsoft before Amazon became the fourth corporate member of the Quatro Comas Club (it’s currently worth $1.19 trillion).

There are obviously an infinite number of factors that could impact how things ultimately play out but I wish Bezos the best of luck on his quest to become a trillionaire. After all, society definitely hasn’t suffered at all from having a small group of people controlling a significant amount of the world’s money so I can only imagine things can only get better once more of them start swapping the “b” for a “t.”