Jeff Bezos Got Blasted For ‘Only’ Donating $690,000 To The Australian Wildfire Efforts After People Realized He Makes That Much Every Five Minutes 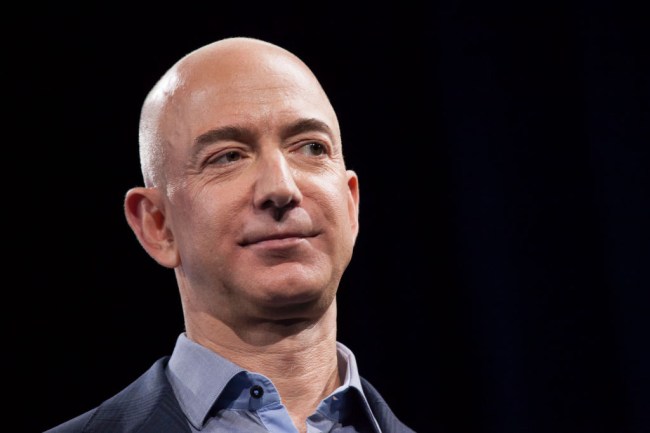 Say what you will about the methods Bane turned to in order to further his cause in The Dark Knight Rises but I have to give him a fair amount of credit for being pretty ahead of the curve when it comes to calling attention to the potential pitfalls of late capitalism and the evergrowing issue of income inequality.

Sure, he might have taken the idea of Occupy Wall Street a bit too literally by occupying the stock exchange just a couple of blocks away from Zuccotti Park but he probably wouldn’t have achieved the same results if he’d gone to the place where the movement got its start to play the bongos and kick around a hackeysack in the name of protest.

There was once a time when the ultrarich titans of industry were seen as aspirational figures, but in recent years, more and more people have started to realize that it’s virtually impossible to join the Tres Commas Club without consistently exploiting and screwing over people who threaten to interfere with your quest to amass more money than any person will ever be able to spend.

There are some unfathomably wealthy people who are doing what they can to help the world reap the benefits of their astronomical wealth, as Bill Gates and Warren Buffett have promised to donate the bulk of their fortune to charity and convinced over 200 others to do the same with their Giving Pledge.

One of those people is MacKenzie Bezos, who found herself $37 billion richer after she got divorced from her husband Jeff when the Amazon founder got caught up in an affair.

However, he won’t be adding his name to that list anytime soon, as the richest man in the world seems to be perfectly content using his $113 billion fortune to buy a wide array of wildly expensive items while occasionally donating inconsequentially small percentages of it to various causes.

This week, Bezos announced he’d be joining the many people who’ve pitched in to come to the aid of those being impacted by the wildfires that are currently consuming Australia. By doing so, he joined the ranks of the Instagram model who raised $1 million by trading nudes for donations as well as Kylie Jenner, who pledged the same amount after getting called out for wearing mink shoes in an Instagram post where she bemoaned how many animals had died due to the blaze.

Bezos decided to contribute $1 million worth of Australian currency (around $690,000 in normal money) to help the effort, which certainly isn’t nothing. However, it’s not incredibly impressive when you consider he “earns” that amount of money about every five minutes and that the sum is equal to about .00059% of his net worth.

Something tells me Bezos gives approximately zero shits about what people on Twitter say about him but he’s still found himself on the receiving end of a notable amount of backlash.

Jeff Bezos makes $149,340 a minute. So he is effectively donating 4.6 minutes of money. If he donated what he makes in a day, that would be $215 million, which would still not be enough. https://t.co/dl4R5VjdKB

Amazon Australia made over $1B last year—but paid only $20M in taxes (2% tax rate) by exploiting loop holes.

There's an Australian fire relief fund. I donated $40, which is .25% of my salary. Jeff Bezos donated $690,000 which is .0006% of his salary. If I donated the same portion of my salary I would have donated 10 cents.
Proportional to my salary, I donated more than Jeff Bezos.

Maybe he should have tried selling the nudes he sent to his mistress instead (although threatening to include one of them in your Amazon shipment if you didn’t donate may have been more effective).