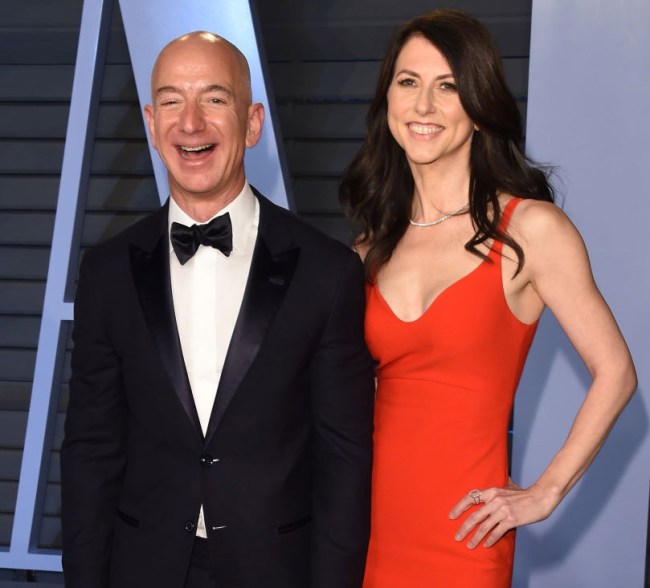 No wonder Rams running back Todd Gurley is already trying to shoot his shot with MacKenzie Bezos. She’s on the verge of becoming one of the richest people in the world.

That’s because sources with direct knowledge have told TMZ that MacKenzie and her soon-to-be ex-husband Jeff Bezos do not have a prenuptial agreement.

Which means, since the couple will be filing their divorce papers in the state of Washington, MacKenzie stands to get HALF of their $137 BILLION fortune.

That’s right. Washington is a community property state when it comes to divorces without a prenuptial agreement. That means she legally is entitled to $67.5 BILLION, which would make her the 7th richest person in the world, according to Forbes’ latest rankings. (It also means Jeff Bezos will drop from the number one spot to seventh place on the list.)

And here we thought Elin Nordegren made out pretty well in her divorce from Tiger Woods.

Oh well, at least he’s already got a new girlfriend (allegedly), and he and his soon-to-be ex-wife are still “cherished friends,” so it’s all good, right?

When the couple married in 1993 — 6 months after meeting — Jeff wasn’t even a millionaire. He didn’t become one until 1997, so dreams of being the richest man in the world were pie in the sky.

The division of assets will be incredibly complicated. Aside from cold hard cash, the former couple is hardcore baronial — they own 400,000 acres of property, making them 2 of the biggest landholders in the country. Valuing that land is complicated.

Wonder if that means Jeff won’t be renovating his ridiculous mansion that is supposed to have an absurd 25 bathrooms in it now? Money’s going to be tight!