Dr. Dre’s Ex Is Demanding More Spousal Support Money Than The Salaries Of Most Pro Athletes 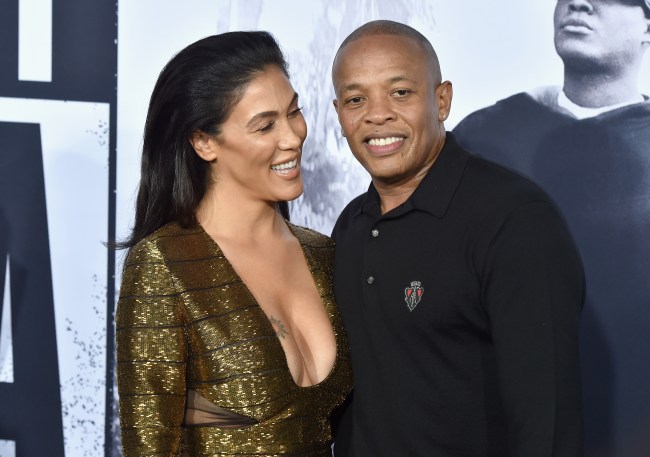 Dr. Dre and Nicole Young had just about as good a run as you can expect from a celebrity couple, a species that typically stays married for less than a full Phish song.

It was reported this summer that after 24 years of marriage, the 50-year-old Young filed divorce paperwork citing “irreconcilable differences.”

Young, who weeks ago claimed that the prenup she was forced to sign in 1996 is invalid because Dre ripped it up, is now fighting tooth-and-nail to squeeze every last penny out of Dre’s $800 million fortune.

According to docs obtained by TMZ, Nicole wants $1,936,399 monthly in temporary spousal support and an additional $5 million in lawyer fees, despite the legal proceedings barely getting underway.

Over the course of one year, the spousal support alone equates to nearly $24 million, comparable to the average annual salaries of Khalil Mack and Aaron Donald, as well as Lonzo Ball, Zion Williamson, and Ja Morant COMBINED.

[Related: This 1995 Love Letter Dr. Dre Sent To His Future Wife While She Was Still Married To An NBA Player Is The Stuff Of Moguls]

Sources close to the couple claim nothing has changed since Nicole filed for divorce, she still lives in the Malibu mansion, has full access to the cars and personal chefs, among other lavish luxuries.

If there’s a silver lining in what promises to be an uncivilized divorce, it’s that the pair has two adult children so they will not need to squabble about child support.

It’s a shame Dr. Dre may have to halt production on his underground expansion that spans the size of an airport tarmac.

Dr. Dre is reportedly planning to build an underground expansion to his Los Angeles mansion that's roughly the size of the home itself https://t.co/bc4qDUGrjP