This 1995 Love Letter Dr. Dre Sent His Future Wife While She Was Still Married To An NBA Player Is The Stuff Of Moguls 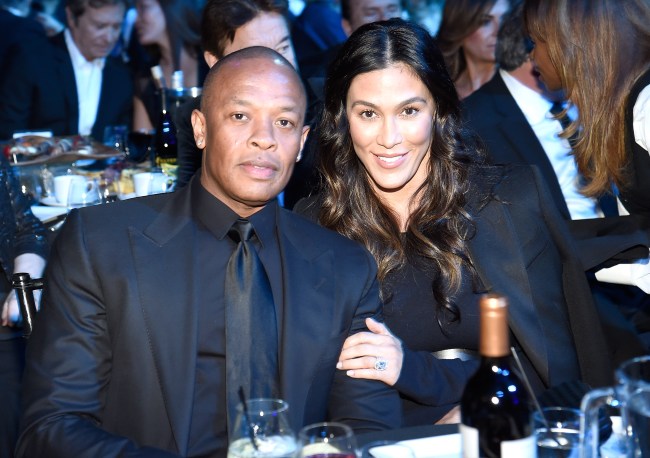 Kevin Mazur/WireImage for Rock and Roll Hall of Fame

In a music genre that leans heavily on the accumulative conquests of bad bitchez and big booty hoez, the fact that one of rap’s most prolific figures stayed married for more than two decades is rarer than a rapper pushing a Volvo.

But that awe-inspiring run has ended, as TMZ reported that after 24 years of marriage, Nicole Young filed the paperwork to leave Dr. Dre citing “irreconcilable differences.” Sources connected to Nicole say there is no prenup, so how to divvy up Dre’s $800 million could get dicey.

The pair married on May 25, 1996, and they have two adult children together, a son named Truice and a daughter named Truly.

Dre met Young in the mid-1990s while she was still married to then-husband and ex-LA point guard Laker Sedale Threatt.

Which player on your fav. team did you first start to follow? Mine was Sedale Threatt: automatic from 20' and dubbed "The Thief" by Chick. It was when Magic retired (1st time) and a few years before the Lakers drafted @vanexel31 and Eddie Jones. pic.twitter.com/y0gwARC4jn

The doctor simply would not be denied, and said as much in a legendary hand-written letter he wrote to Young in 1995 when he and Hype Williams were scouting for places to shoot the music video for California Love.

Dre was 30 at the time and was riding the wave of the certified scud missile, Keep Their Heads Ringin’. He was hotter than a pistol.

Your yearly reminder to read this extraordinary letter from Dr. Dre to a certain Nicole re: Burning Man pic.twitter.com/bH2FuyCG63

It’s sad that a 24-year-old coupling has reached its breaking point, but if my first girlfriend’s AIM profile taught me anything, it’s that it’s better to loved and lost than to never have loved at all. I bet you’re kicking yourself now, Danielle. I’ve become a doughy blogger. Yum.