Dr. Seuss Books Top Amazon Best-Sellers Chart After Being Canceled For Being Racist 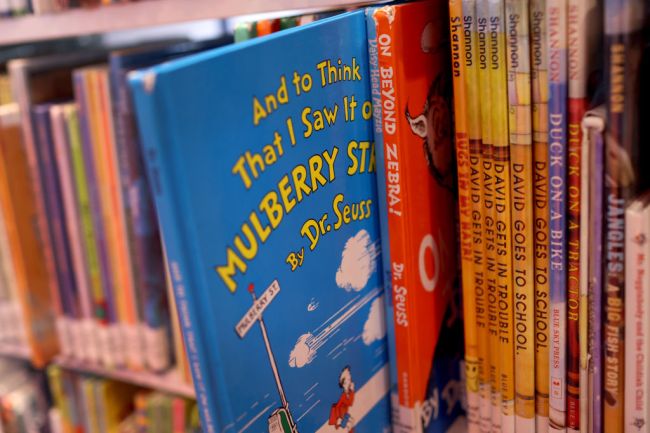 Dr. Seuss Enterprises announced earlier this week that they will stop publishing six of Dr. Seuss’ picture books. In a statement, they stated the books “portray people in ways that are hurtful and wrong,” as these books have essentially been canceled due to accusations of racist imagery. President Biden also elected to remove mentions of Dr. Seuss from Read Across America Day.

The six books that are being discontinued include “And to Think That I Saw It on Mulberry Street,” “If I Ran the Zoo,” “McElligot’s Pool,” “On Beyond Zebra!,” “Scrambled Eggs Super!” and “The Cat’s Quizzer.”

Following the news, Dr. Seuss books have sky-rocketed up Amazon’s best-sellers list. As of Thursday, 20 of the Top 25 selling books on Amazon in the United States are written by Dr. Seuss.

Nine of the Top 10 selling books on Amazon at the moment are Dr. Seuss publications with “The Cat In The Hat,” “One Fish Two Fish Red Fish Blue Fish.” and “Green Eggs And Ham” holding down the Top 3 spots on the chart.

Many of those that already owned Dr. Seuss books are listing them for astronomical prices online as well as demand for the books has gone up. A hardback copy of “And to Think That I Saw It on Mulberry Street” is going for $10,000 on Amazon and another copy of the book is listed for $4,400 on Ebay. A paperback copy of “The Cat’s Quizzer” is going for over $1,000 on Amazon.

Following the news of the six books being discontinued, Dr. Seuss’s stepdaughter Lark Grey Dimond-Cates said she’s hopeful the publishing house will one day start reprinting the books and that “there wasn’t a racist bone in that man’s body.”