The Drake Memes About Rihanna’s Pregnancy Are Simply Spectacular 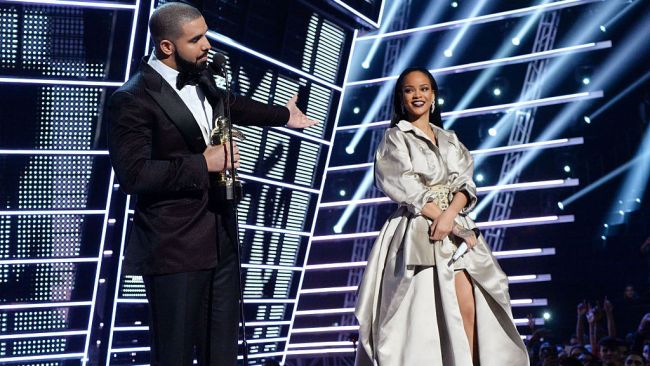 One of the baddest and most desired women on the planet officially went off the market this week as Rihanna announced that she is pregnant with her first child with rapper ASAP Rocky, as the pair unveiled her baby bump in a photoshoot for People Magazine.

And while we’d be remiss to not express our congratulations to the lovely expecting couple, ASAP Rocky and Rihanna aren’t the reason we’re gathered here today in this internet church of ours. No, today we’re here to appreciate one of the finest genres of memes that the internet has to offer, and that’s Drake memes.

As soon as news broke that Rihanna was pregnant, virtually everyone on Twitter had the same hilarious reaction: someone please check on Drake, who’s been unabashedly in love with Rihanna ever since he burst onto the pop culture scene over a decade ago.

drake just fell to his knees in whole foods https://t.co/r7UaBpdeSe

Drake next album about to be a classic

Drake this morning when he seen why Rihanna is trending pic.twitter.com/o6Ip1q0spL

all these pregnant emojis but Drake still couldn’t get Rihanna pregnant 😭 pic.twitter.com/cnSyB2I1AP

Drake after seeing the news about ASAP Rocky & Rihanna pic.twitter.com/QtdYV4qbCJ

Drake gonna drop some bars like “woman of my dreams having a baby & I ain’t responsible, when that shit get Rocky I hope she hit my line As Soon As Possible”

Drake was certainly never shy about his feelings for Rihanna (and Nicki Minaj, for that matter), as he famously, and awkwardly, proclaimed his love for her while presenting her with an award at the 2016 MTV Video Music Awards.

“The VMAs is such a fan-focused awards show, so having that energy around me, and knowing the people who had received the award in the past, made it feel like a big deal,” Rihanna told Vogue about the incident a couple of years later. “Waiting through that speech was probably the most uncomfortable part. I don’t like too many compliments. I don’t like to be put on blast.”

Luckily for fans, Drake not being the father of Rihanna’s child should guarantee at least one thing: his next album is going to be absolutely FIRE.