Dream Job: Get Paid $10,000 Plus Free Gear To Travel And Ski Or Snowboard All Over The World 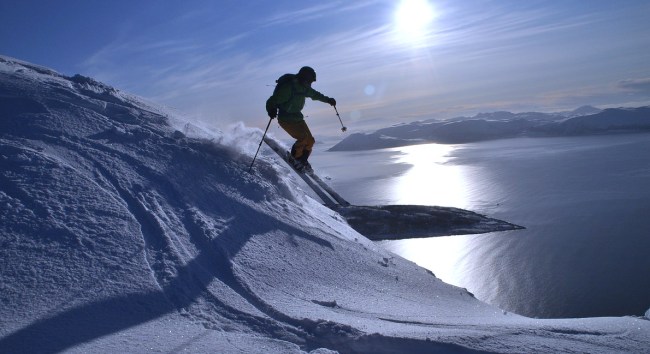 While most people, unfortunately, are not employed in their dream job, there are more than a few lucky folks out there who are.

For instance, someone was lucky enough to land this gig paying $120,000 to spend a year at some of Mexico’s best resorts.

And another lucky soul landed this job where they get to travel and drink around the world in 80 days.

Someone even got a job where they get to sit around binge-watching Netflix and get paid for it.

Heck, this isn’t even the only dream job we discussed today on this site. So, while they may be few and far between, they do exist.

Another dream job we just ran across is one that is for those who love to ski or snowboard.

Ski.com and Epic Pass just announced their dream job where one blessed person gets to ski all over the world decked out in free gear AND make $10,000 along the way.

Ski.com is accepting applications for the on-mountain dream job of a lifetime. One lucky person will be hired to travel the world January and February 2019 via United Airlines to seven countries on three continents; ski or ride more than a dozen destinations available on the Epic Pass; get decked out head-to-toe in gear from Helly Hansen, Rossignol and Oakley™; receive a full arsenal of equipment from GoPro; have a direct line to custom snow forecasts from OpenSnow and collect a payment of US$10,000.

I don’t even ski that often and I really want this job, so I can only imagine how much an avid skiier would like to do this.

So what are they looking for in the ideal candidate?

• A serious desire to travel to some of the most amazing mountain destinations in the United States, Canada, Italy, Switzerland, Austria, France and Japan.
• Enjoys international cuisine.
• Likes to ski and/or snowboard.
• Knows when it’s time for après.
• Enjoys mingling with locals.
• Has an overall longing for adventure and documenting new experiences.

To apply for this gig just create an application video that shows in 60 seconds or less why you’re interested in being hired for Ski.com’s Epic Dream Job and submit your video between September 5 and October 15, 2018.