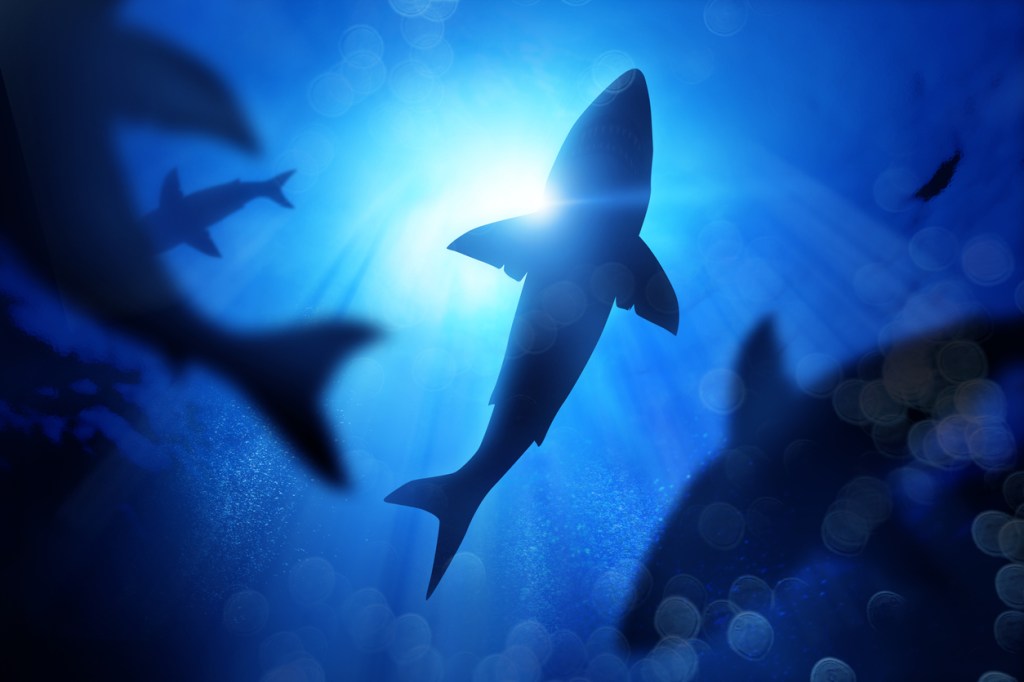 A man by the name of John Cloke was fishing off Bettys Beach which is on the southern coast of Western Australia. He and his partner were camping out at Betty’s Beach when they decided to go fishing offshore and happened upon a dead humpback whale carcass about 50-feet long that was being consumed in a wild shark feeding frenzy.

I love a good shark feeding frenzy, especially when I’m watching it from the safety of dry land and not in the water. There was this one from last November with a horde of tiger sharks devouring a blue whale carcass and this wild footage from a North Carolina fishing pier.

But this new stunning drone footage from Australia has to be the most sharks I’ve seen in one place feasting on a whale carcass. According to John Cloke (the guy with the drone) there were around sharks in this feeding frenzy, slowly devouring one of the largest whale carcasses to ever wash up in that area.

A post shared by INDY & JOHN | LAP OF AUS (@jindys_travels)

“We couldn’t count them all”

John Cloke and his partner Indy Crimmins told Australia’s ABC News there were literally too many sharks to count. This shark feeding frenzy was on such a massive scale that it was legitimately impossible to track.

The drone video’s shot in a way that you don’t really get a sense of how many sharks are there until the drone flies upward and even at its highest we still don’t see ALL of the sharks in the area. It’s absolutely stunning to see a shark feeding frenzy of this scale.

But according to Department of Primary Industries and Regional Development research scientist Dr Steve Taylor a shark feeding frenzy of this size isn’t unexpected. He told ABC News “It’s beautiful footage. As someone who works in the area of shark research, it’s very interesting footage but not that unusual.”

I linked to that Tiger Shark feeding frenzy above that was captured on film last November but figured I should toss in the video here as well since you’re already here. Check this out, also in Australia but this time in Perth:

We have incredible pictures tonight of a shark feeding frenzy off Rottnest Island, scores of predators feasting on a huge whale carcass and shutting down beaches.#9News | Nightly at 6pm pic.twitter.com/IvcI0JF0VE

Sights like this are stunning from afar or from the safety of a boat. And while experts would caution anyone about getting in the water there because the sharks are frenzied the sharks are there to devour the humpback whale carcass and that’s it. If someone did a cannon ball 50 feet away they might not even notice because the shark would be too laser-focused on the easy meal.