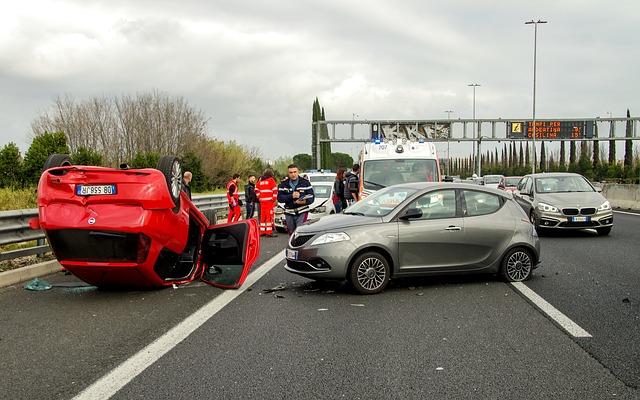 Ed Lawson should be a sports announcer. Ed Lawson should be the new David Attenborough and narrate amazing animal videos. I’d want Ed Lawson to narrate the birth of all my children because he is that good. Ed Lawson isn’t actually a professional commentator but he should be based on his colorful description of a drunk driving accident that damaged at least eight cars.

We take you to Gaithersburg, Maryland, where Ed Lawson stumbled upon an inconceivable drunk driving accident where the driver slammed into eight cars. Ed curses so much in 1 minute and 59 seconds that it would make the scriptwriters of The Wolf of Wall Street and Casino blush.

Apparently, 44-year-old James Ambale was super fucked up and crashed into seemingly every car on the shoulder of a road at 3:30 a.m. on December 8th. Ambale was arrested for drunk driving, which was his FOURTH DUI since 2007. Back to Ed, Lawson provided his own brilliant commentary of the sideswiped vehicles. Note: the photo above is not from the accident in the video because while Ed is a tremendous commentator, he’s isn’t a terrific videographer and recorded the scene vertically.

Ed doesn’t like to curse. Ed LOVES to curse! Lawson’s amazing description of the aftermath is basically the word “motherfucker” 77 times, with a few “shits” and “fucks” to keep you on your toes. Ed Lawson deserves his own series where he provides commentary on anything and everything.

Ed Lawson does not need a refresher course on how powerful and versatile the word “fuck” is because he’s a fucking expert, but maybe you do. So if you’ve got some time to fuck around, check out this classic video on the many uses of the F-word.