The First Epic Trailer For ‘Dune’ Is Here 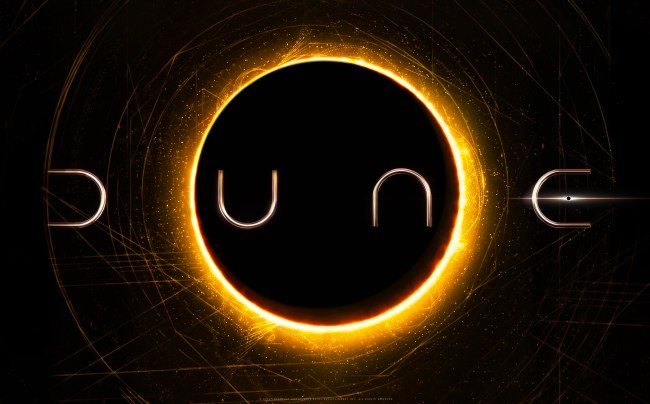 After an entire summer spent eagerly awaiting the first-look at Dune, the first trailer for Denis Villeneuve’s epic sci-fi is finally here and more than delivers on the spectacle of what Dune can and should be, ESPECIALLY when it comes to the unearthly scale of the iconic sandworms.

Here’s the official synopsis for Dune, via Warner Bros:

“A mythic and emotionally charged hero’s journey, Dune tells the story of Paul Atreides, a brilliant and gifted young man born into a great destiny beyond his understanding, who must travel to the most dangerous planet in the universe to ensure the future of his family and his people.”

Starring Timothee Chalamet as the young royal Paul Atreides, Dune follows “the proverbial stranger in a very strange land, who’s fighting to protect this hostile new home even as it threatens to destroy him”, according to a profile piece in Vanity Fair. In the world of Dune, “humans are the aliens on Arrakis” and the “dominant species on that world are immense, voracious sandworms that burrow through the barren drifts like subterranean dragons.”

Dune, based on the 1965 sci-fi novel of the same name, features as loaded of a cast as you could hope to see in a sci-fi film. In addition to Chalamet — who is making his first venture into tentpole, blockbuster filmmaking after establishing himself as one of Hollywood’s most exciting young talents in recent years — Dune also stars Zendaya, Josh Brolin, Oscar Issac, Jason Momoa, Rebecca Ferguson, Stellan Skarsgard, Dave Bautista, Javier Bardem, and more.

At this time, Dune — which already has a sequel in the works — is scheduled to hit theaters in the United States on December 18.

The sandworms in #DUNE are INSANE 🤯 pic.twitter.com/HULiGwE9nh