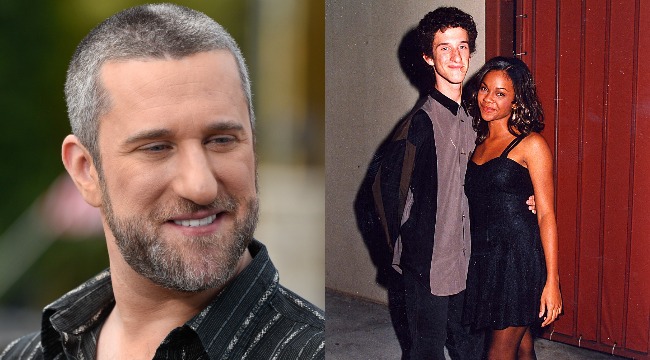 Less than three weeks after Dustin Diamond was diagnosed with Stage 4 lung cancer after discovering a lump in his throat, the 44-year-old has reportedly passed away.

A rep for Diamond told TMZ that he died Monday morning after his conditionally greatly declined over the past couple weeks. Doctors had taken the actor off breathing machines in an attempt to move him to hospice care, but the transition was never executed.

BREAKING: Dustin Diamond Aka Screech From Saved By The Bell Dead At 44 From Stage 4 Lung Cancer. pic.twitter.com/nndnvTres5

Diamond checked into a Florida hospital the first week in January after suffering from pain all over his body. Doctors claim the cancer had started somewhere else in his body before metastasizing in his lungs, an almost certain death sentence, on top of suffering from pain associated with shingles.

The actor’s family reportedly has a “history of cancer,” with his mother passing away from breast cancer years back.

Diamond has had a tough go at it in recent years with bankruptcy and various legal run-ins, but his passing stings for anyone who grew up on Saved By The Bell. It’s hard to imagine anyone pull off Screech’s character as skillfully and convincingly as Dustin Diamond, and he will forever be a legend in the halls of Bayside.

Everyone my age grew up watching Dustin Diamond in 'Saved by the Bell’. Screech was hilarious! I’m sorry to hear about his passing today. Dustin will always be a TV icon because ‘Saved by the Bell’ will live on and on. Rest well. pic.twitter.com/CXUxgQaOUZ

Saved by the Bell was probably the most defining programme of the early years of my life. Screech was a huge part of that.

REST IN PEACE: Dustin Diamond, who played Screech Powers on Saved by the Bell, has died at 44, per TMZ. pic.twitter.com/cFed2iBf6t

I’ve said it once, I’ll say it again.

And may the halls of heaven be stacked with a billion Lisa Turtles.