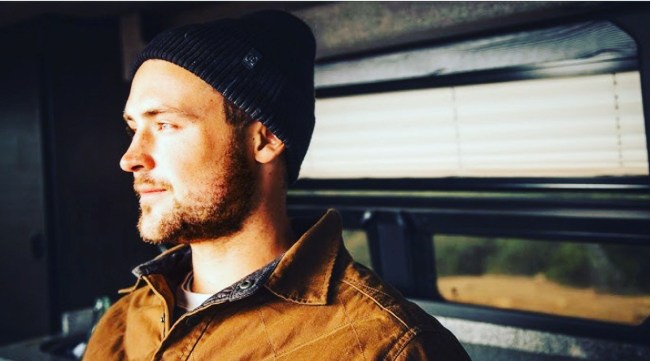 Dylan Efron partnered with Firestone Walker to launch his show Flow State on YouTube last month. Efron, the brother of Zac, takes athletes and celebrities out of their comfort zone around Los Angeles. Some of the adventures include rock climbing with XGames and Olympic skater Leticia Bufoni, spearfishing with JuJu Smith-Schuster, lobster diving and speed diving. In the second episode, the McKibbin brothers join Efron for some off-roading in San Bernardino, Calif.

Riley and Maddison McKibbin are professional beach volleyball players from the island of Oahu and both rock some serious beards. The duo grew up playing volleyball on the beaches of Hawaii and compete on the AVP tour. They’re both graduates of the University of Southern California and played for the consistently ranked Trojans program before moving over seas and playing indoor professionally. In 2015, they chose to make the switch to the sand and most recently began competing on the snow, where they are currently ranked No. 1 in the world for FIVB Snow Volleyball.

Maddison and Riley are both legit volleyballers, content creators and personalities who competed on 2020’s season of The Amazing Race.

They joined Efron on Flow State to continue to tap into their adventurous side. A ‘Flow State’ is an optimal state of consciousness where one feels and performs at his/her best while completely being immersed in an activity. On this episode, Efron and the McKibbins immerse themselves with the earth maybe just a little too much… the title suggests some chaos, and that’s what happens as they’re ripping through the back country.