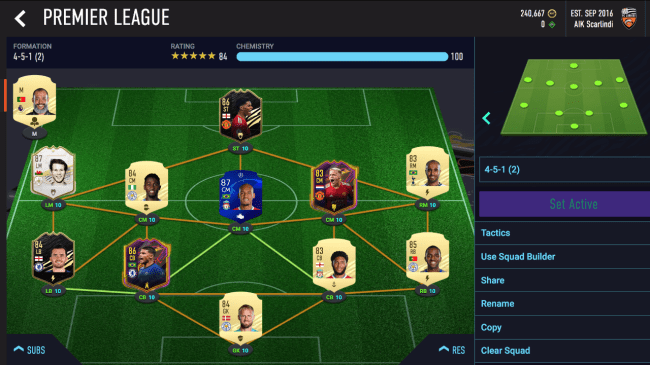 Can’t gamers all just get along? Another video game scandal is developing and this time it involves EA Sports’ popular FIFA 21.

According to a report by Front Office Sports, EA Sports has opened an investigation into allegations that at least one employee has been selling rare FIFA Ultimate Team Icon cards, including much-coveted Prime Icon Moment (PIM) cards for players like Ronaldo, Ruud Gullit, Pele, and Ronaldinho, for cash on the black market.

“A thorough investigation is underway, and if we identify improper conduct, we will take swift action,” said EA Sports FIFA in a statement. “This type of behavior is unacceptable, and we in no way condone what is alleged to have happened here.”

Other cards are reportedly being sold for prices ranging from anywhere between $896 and $1,195 per card.

The scandal, which is being referred to by many in the gaming community as “EA Gate” by many on the internet, allegedly involves the sale of cards that are no longer available to the general gaming public.

The system is supposed to be set up so gamers purchase packs of cards and receive a random assortment of players with the hopes of copping one of the top tier cards. These EA Sports employees were allegedly circumventing the system and selling these cards direct.

“I truly feel bad for people who have put thousands of dollars into FIFA points or thousands of hours into grinding the game,” Twitch streamer Nick28T said on his YouTube channel.

“To not be able to get a single one of these players when someone who has a bit of money or just has the knowledge that this is even possible can basically go over to a WhatsApp group or rogue.”