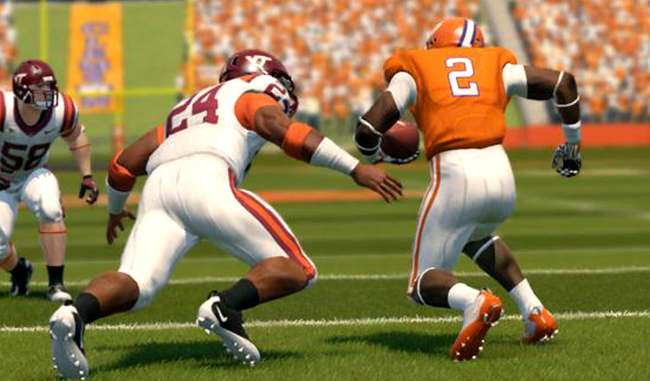 According to Matt Brown of the Extra Points newsletter, EA Sports’ new NCAA Football video game is projected to be released in July of 2023.

According to internal documentation from CLC that I obtained via Open Records request, the CLC told FBS institutions that EA Sports intends to release the new video game in "July of 2023".

Obviously, there are still numerous hurdles for Electronic Arts to overcome before they can publish a new college football video game. The crux of the issue is, of course, how they will handle the Name, Image, Likeness (NIL) issue and how players who appear in the game will be paid.

While state institutions in places like California and Florida appear to have been given the go-ahead for college athletes to be compensated for their NIL, other places such as Notre Dame and Northwestern have already stated they will not be participating in any way until financial rules are created and finalized.

In the past, EA Sports worked with the NCAA to create their college football video game. This go-round, however, the company is working with Collegiate Licensing Company (CLC) – the organization that reportedly gave schools the July 2023 projected release date.

“While it’s early days in our return to College Football, we are committed to creating an authentic college football experience. We’ve said from the start that player name, image and likeness is not currently planned for the game. However, we are watching the developments in this area closely and are prepared to take steps to include players should that opportunity arise. In the meantime, we’re continuing to work with our partners at CLC to ensure the diverse traditions, pageantry and passion of the more than 100 institutions already signed on to be featured in the game come to life.”

EA Sports claims the revived title will include over 100 college football schools and “feature the logos, stadiums, uniforms, [and] gameday traditions.”