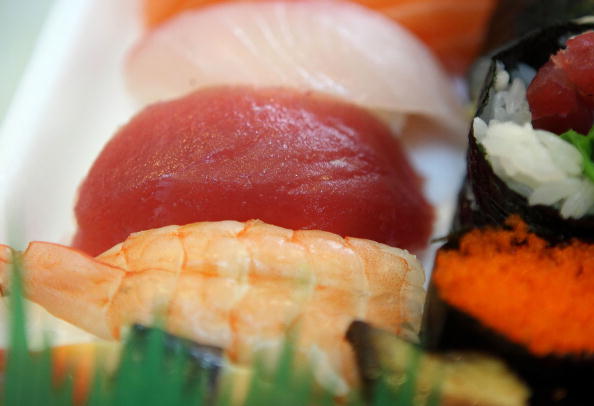 People who eat a lot of fish are having more sex according to a new scientific study. That’s right seafood lovers, now there’s even more reason to hit up your favorite sushi joint or Red Lobster.

A new scientific study of 501 couples in the United States found that those who had a diet rich in fish had higher rates of sexual intercourse and had increased fertility. The findings by the Harvard T.H. Chan School of Public Health was published last week and utilized data from the Longitudinal Investigation of Fertility and the Environment Study that was taken between 2005 until 2008.

The data found that couples who ate seafood frequently got it in more frequently. The Shape of Water makes a little more sense now. The couples who ate fish twice a week or more had sex 22% more frequently than those who didn’t and also had a 14% higher rate of getting pregnant. Your doctor wasn’t lying when they said that eating fish was a great way to get Vitamin D.

Scientists aren’t exactly sure why there was a correlation between friskier couples and eating fish. “It is also possible that couples who consume higher amounts of seafood together share more meals, and thus more time together (including nights),” said Audrey Gaskins of the Harvard TH Chan School of Public Health. Suddenly being a pescatarian seems like a very intriguing option.

Live look at all of the guys bringing home dinner for their girlfriend after reading this.