Ed Harris Almost Got Blown Away By A Jet In One Of The Coolest Shots In ‘Top Gun: Maverick’ 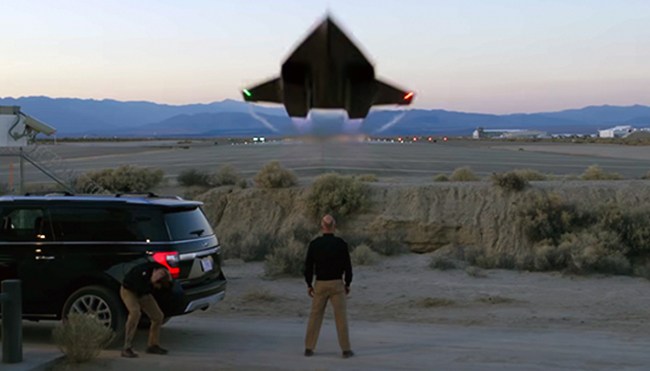 Hollywood doesn’t exactly have a stellar track record when it comes to rebooting franchises or releasing sequels for movies decades after the films that inspired them first hit theaters. As a result, it was hard to blame anyone who questioned if we really needed a follow-up to Top Gun, the 1986 blockbuster that has more than stood the test of time.

However, based on how Top Gun: Maverick has been received by both critics and the moviegoers who’ve helped it rack up more than $400 million at the box office as of this writing, it seems like even the biggest skeptics have been pleased with the final result.

Top Gun: Maverick may not be the best movie ever made, but it’s about as close as you can come to the perfect action movie. A major reason it works so well is the decision to not mess with what already worked, as it’s essentially a rehashing of the original movie (with a dash of Star Wars thrown in for good measure) featuring the perfect amount of fan service and some truly incredible practical effects and stunts.

One of the more memorable moments comes toward the start of the film, which kicks off with Tom Cruise’s character living up to his call sign yet again after deciding to go forward with a test flight of an experimental hypersonic plane known as Darkstar despite being told the Navy’s top brass pulled the funding for the project.

The man behind that decision was Rear Admiral Chester Cain. The character is played by Ed Harris, who is essentially the sequel’s equivalent of the commanding officer in the original who promised Maverick he’d be flying a cargo plane full of rubber dog sh—t out of Hong Kong if he screwed up after getting dispatched to Miramar.

Cain ends up showing up at the base where the flight is being conducted right as Darkstar is about to take off. His arrival culminates in one of the movie’s more entertaining moments, as the jet manages to blow the roof off of the guard station he’s standing next to as he calmly watches it soar over his head (the shot in question appears around the 2:07 mark in the trailer).

It turns out that shot was a bit of a happy accident, as Harris chatted with USA Today about his relatively brief appearance in the film and revealed no one actually expected the shack to collapse when the plane (which was actually an F-18) flew over it—a development he had a front-row seat for thanks to the lack of a stunt double:

“It blew the roof off the guard station.

It was a fun scene with the jet roaring over my head. I was just holding my ground knowing what to expect. It’s really impressive seeing this jet coming at you from so far away and just flying right over your head…

“It was cool. These guys are professional pilots. I knew they weren’t going to run into me or anything.”

As the outlet notes, director Joseph Kosinski gave props to the actor for maintaining his composure while speaking with The New York Times, saying, “The set was destroyed by the pressure wave. That is Ed Harris taking a pressure wave to the face. It’s not a stuntman.”