Here’s How ‘Top Gun: Maverick’ Pulled Off Its Mindblowing Stunts Without The Help Of CGI 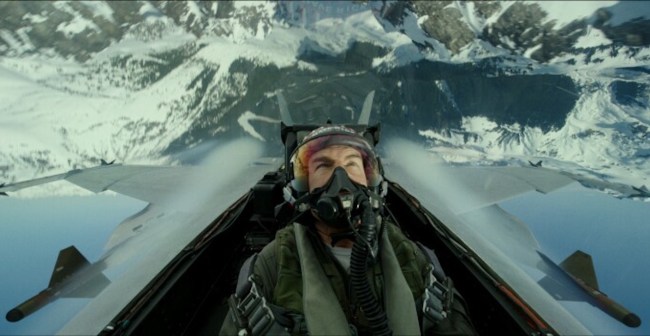 Then, this past weekend — its second in theaters — Top Gun: Maverick‘s box office gross dropped just 32% from its opening weekend, which is the smallest week-to-week decline for a movie that opened to $100 million or more, according to Comscore.

What makes Top Gun: Maverick so gripping is that the film’s stunts were actually performed in the air with the help of expert Navy pilots, thus giving the film its insanely visceral feel.

In an interview with People, Top Gun: Maverick’s aerial coordinator Kevin LaRosa II detailed how the team behind the film pulled off the mindblowing aerial stunts without the use of CGI.

How Top Gun: Maverick filmed its stunts without the use of CGI

“We always had these Top Gun: Maverick rules: We could never shoot blank sky, which is done in a lot of movies, where they shoot what’s called a plate. That wasn’t allowed. We always had to shoot another airplane so that when you and I watched the movie, it looks real,” LaRosa said.

“It looks real because there’s an airplane really behind the lens. If there was an aircraft that’s maybe not readily available or not flying in the world, still, not allowed to shoot blank sky. There has to be another airplane there and then VFX would do some amazing things and just re-skin it so you’re using the same textures and the same light.”

LaRosa stressed that those really are the stars of the film doing all sorts of flips and spins and maneuvers in those fighter jets:

That’s a Top Gun: Maverick rule, an aerial rule. There always had to be performing in an aircraft. When you see them flying low over terrain, in between valleys, dog fighting, that’s really our cast. They’re really in there experiencing all that while delivering an amazing performance.

LaRosa also discussed the use of CineJet, which is a new kind of camera technology that was used to make the film:

“I went to the drawing boards and was trying to figure out what jet platform I could use and what camera gimbals were available to fly in a jet. There wasn’t really much out there. So where I landed was on a jet called a L-39 Albatros. It’s Czechoslovakian-built and imported into the U.S. as a sport airplane, if you will,” LaRosa said.

“So it’s readily available and maneuverable and it gave me a lot of attributes that I needed in an aircraft to be able to film with. And then we partnered with a company called Shotover and Helinet Aviation, and they have this amazing gimbal called an F1 that was built for helicopters, but we wanted to put it on jets. So they had to modify it and wind tunnel test it and make the thing capable of doing what we wanted it to do. And we went through this big certification and test phase on this airplane. A year and a half later, after drawing my own concept art using MS Paint, that thing was sitting on a ramp, nice and shiny, tested and ready to go.

LaRosa and his team’s hard work obviously paid off as Top Gun: Maverick has struck a deep chord with movie fans of all shapes and sizes, which is an increasing rarity these days.