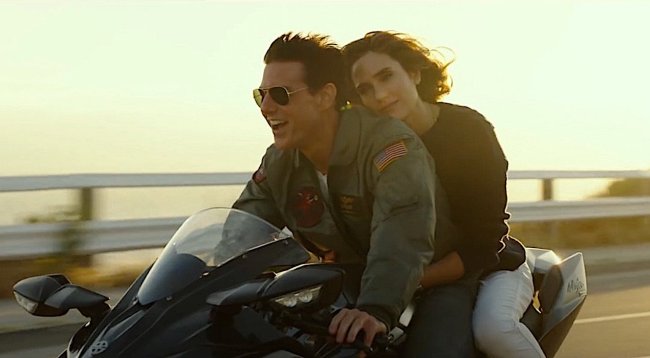 Top Gun: Maverick has literally soared since hitting theaters, as the 36-years-in-the-making sequel is not only beloved by both critics and audiences alike — the film has a 97% critics score and a 99% audience score on Rotten Tomatoes — but it set box office records, too.

Racking up $156 million in its opening weekend, Top Gun: Maverick’s Memorial Day Weekend haul is both a record for that holiday weekend (beating out 2007’s Pirates of the Caribbean: At World’s End by $3 million) and for Tom Cruise’s career, a record previously held by Mission: Impossible – Fallout, which opened to $61.5 million domestically and $155.83 million worldwide back in 2018.

Ultimately, though, what makes Top Gun: Maverick successful is that it’s simply a good movie: the stunts are obviously and insanely well-constructed, but the structure of the story and the character arcs are, too. Just think about how you felt about Glen Powell’s Hangman the first time you saw him and the last. In every sense of the phrase, Top Gun: Maverick boasts extraordinary attention to detail.

That eye for detail even extends to Jennifer Connelly’s character Penny Benjamin, who plays Maverick’s love interest. That romance wasn’t fabricated out of thin air, though, as Penny was actually mentioned twice in the original film.

The Penny Benjamin twist in Maverick was fantastic… 👏 👏 pic.twitter.com/GDjWUUFZWj

Didn't catch this when I was saw #TopGunMaverick, but now it makes sense! In #TopGun, Mav is getting chewed out for saving Cougar. Stinger says "and one admiral's daughter." Goose whispers, "Penny Benjamin?"
Jennifer Connelly's role in the new one? Penny Benjamin. Well played. pic.twitter.com/DvL7EdiEAB

Even though it’s a relatively minor detail, it’s one that shows just how on-point Top Gun: Maverick is as a whole. To quote Al Pacino in Once Upon a Time in Hollywood, what a picture.