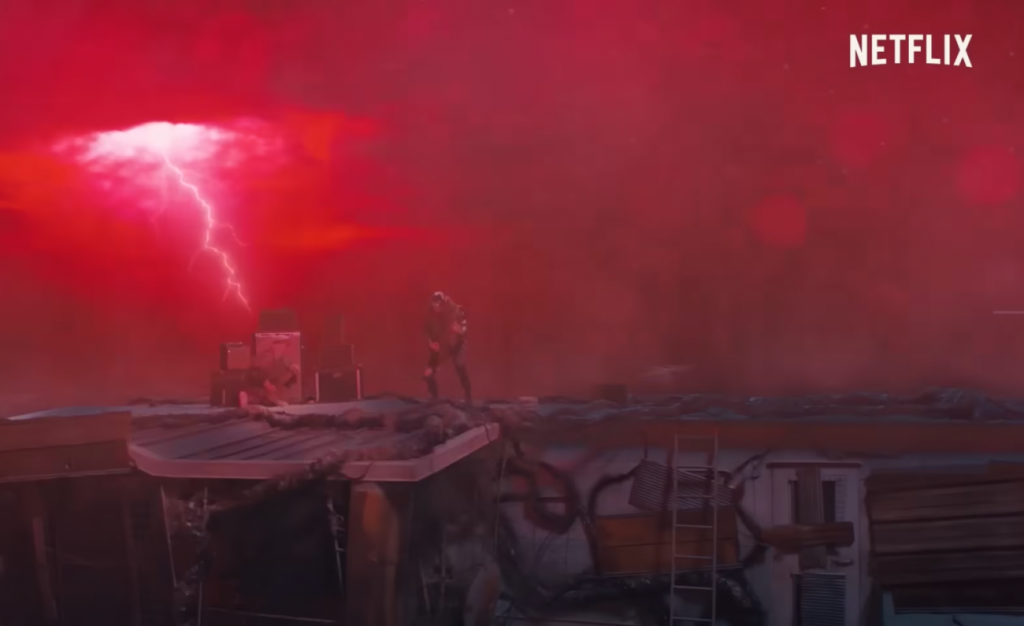 Joseph Quinn became one of the most famous actors on the planet overnight after playing Eddie Munson on Season 4 of Stranger Things. In case you forgot, he’s the 6th-year H.S. senior who is the leader of the Hellfire Club and he’s also at the center of a season-long manhunt.

Eddie Munson took on the Bob Newby role in Season 4. Just like Sean Astin’s character in season 2 that was so beloved by the writers, Joseph Quinn’s role ended up growing larger and longer than the showrunners initially anticipated. You can learn more about that here. **Spoiler Alert**

Eventually, Eddie Munson’s time comes to an end in Season 4. He’s eaten to pieces by demon bats in the upside down after shredding the guitar to Metallica’s ‘Master of Puppets’ in a diversion scheme meant to shield the others. It works for everyone other than Eddie who sacrifices himself.

Here’s Joseph Quinn aka Eddie Munson shredding that very son, Metallica’s ‘Master of Puppets’ in real life. He used a ‘hand double’ for the song’s solo on the show but he actually played most of the song himself which is A LOT more effort than most actors would put in. Here’s him shredding Metallica…

The full scene from Season 4, if you want a refresher…

I missed any blowback about Eddie Munson playing it on Stranger Things, or rather, not playing it. But apparently some guitar purists out there were annoyed with his performance.

This YouTube comment from Corey Boldt sort of sums it all up: “So many people are calling him a fraud, and faking the guitar playing. He admits to using a hand double for the solo, but he did actually play most of the song in the scene. Awesome dedication to the character.”

Season 4 ultimately ended with Eddie Munson being remembered as the ultimate hero by his friends and that scene where he shreds Metallica will go down as one of the most memorable scene in the show’s existence. It’s pretty awesome to see he has these skills on the axe.