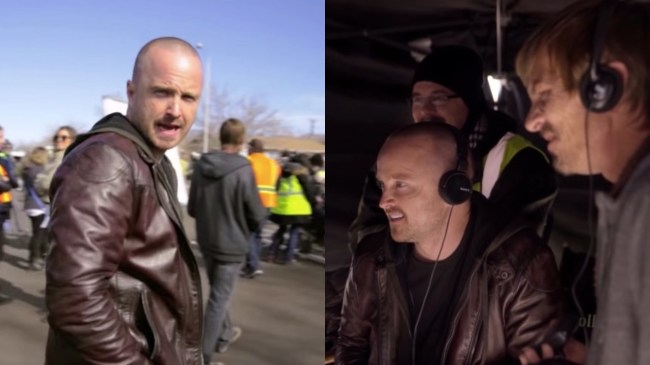 I was in college and I was living in a stereotypically disgusting college frat house (although, for the record, after parties, the women’s bathroom was always dirtier than the men’s — that’s just a fact).

It was a Sunday night and we were in all in a room called Farside (also for the record, the rooms were named long before we got there with signs and everything — we didn’t just give them arbitrary nicknames like some assholes — which we were, but that’s beside the point).

Farside, which came equipt with a full bar, was also one of the biggest rooms in the house and was home to one of the house’s best TV screens, which made for perfect conditions for watching… the series finale of Breaking Bad.

That was six years ago, and yet, I remember the girl I was dating at the time and the size of the blunt me and the boys smoked before the episode (and the pledge who rolled it for us, as he was deemed PB BluntRoller due to his cannon rolling abilities).

I remember what I had for dinner — Mamoun’s Falafel in New Brunswick, extra white sauce, a.k.a. the ‘just fuck me up fam’ special — and how it gave me devastating shits later that night. I remember Breaking Bad absolutely fucking me up to the point that when said girlfriend asked me to come over, I opted to just lay in bed and stare at the ceiling pondering what the hell just happened (mainly, though, it’s because my stomach was in pain whilst it brewed the aforementioned shits).

Anyway, all of this is just a purposefully ludicrously long way of saying that despite being so long ago, I still remember exactly where I was and how I felt the last time I watch something that involved Jesse Pinkman.

Now, here we are today — over six years later — and the release of El Camino: A Breaking Bad Movie is less than 24 hours away. And hopefully, it’s good enough that I remember all the little things that were happening in my life as I watched it.

So, everyone reading this, enjoy El Camino — and this behind-the-scenes featurette– as much as I know I will.