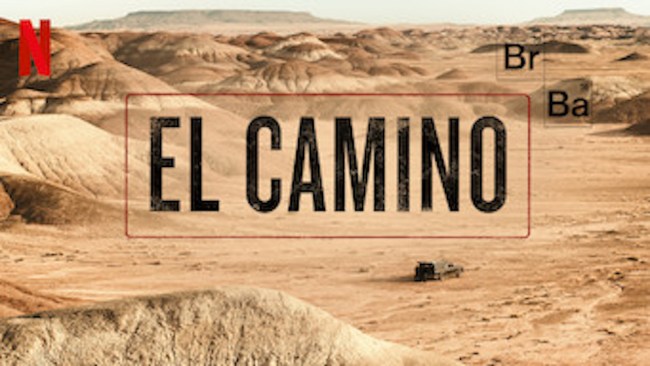 Heading into El Camino, writer and director Vince Gilligan was more than willing to admit that more than 10 characters from the Breaking Bad universe would pop up during the course of the film. After all, it’s impossible to spoil something fans already know: if you’re making a Breaking Bad movie, there’s sure as hell going to be Breaking Bad characters in it.

Where the mystery lied was when and how these characters would appear, for example, Badger and Skinny Pete opening the film as Jesse’s only option for survival, or the poisoning death of Lydia Rodarte-Quayle being casually mentioned on the radio, or Todd’s more-extreme-than-we-realized sociopathy being further fleshed out in a body-dumping subplot from the past.

It’s the matter in which these famed Breaking Bad faces and places were introduced that produce the movie’s most awe-inspiring moments, the most notable of which being the diner scene between Jesse and Walter White just prior to the film’s conclusion.

Unlike the previous deviations into Breaking Bad’s past — Jesse’s time at Todd’s apartment, his riverside moment with Mike, the scene of him being toyed with on the chain — Walt and Jesse’s post-weekend adventure breakfast (the scene is set following the pair’s days-long RV cook in the middle of the desert) has no bearing on El Camino or Jesse’s decisions throughout the film.

So, why include it? Given the lack of narrative importance, the only reasonable option would be for emotional closure.

The last time we saw Walter White, he was a disheveled and worn-down shell of himself as he freed his former partner from neo-Nazi captivity that he himself was responsible for. While “Felina” is widely heralded as one of the greatest series finale episodes of all-time, it certainly does not present the version of Walter White that fans will remember for the rest of their lives.

By including this casual breakfast conversation, writer and director Vince Gilligan was not only able to deliver a fan service moment of returning to a nostalgic time gone by, but he was able to give the audience a proper lasting image of the foundational relationship that made Breaking Bad as beloved as it was.

Featuring a youthful, innocent, bitch-filled Jesse and a coughing, contemplative, remorseful, coping-with-his-impeding-death Walt, the breakfast scene gave us one final look at the men Walt and Jesse once were before all this madness and why fans connected to the characters so intensely.

Jesse, naive and as loyal as ever, rags on Walt — who is as fatherly as ever as he encourages Jesse to consider enrolling in college — for not realizing that he did, in fact, graduate from high school, while also vehemently promising Mr. White that every cent of his roughly $600,000 share will make his way to his family, regardless of how long it takes.

The best way to understand and digest El Camino is to consider it an epilogue or a lost chapter: it’s all the things that Breaking Bad wanted to say and do but just didn’t have time to. Walter White was always meant to be morally questionable, to say the least, but where Breaking Bad originally leaves him, he was so far gone he barely and rarely appeared to have a soul.

Now, if El Camino does prove to be the final chapter of Breaking Bad‘s generation-defining story, it provides us with a lasting memory of Walt and Jesse that’s far from the remorse-filled conclusion we were previously left with.

Simply put, the breakfast scene gave us a chance to say goodbye. 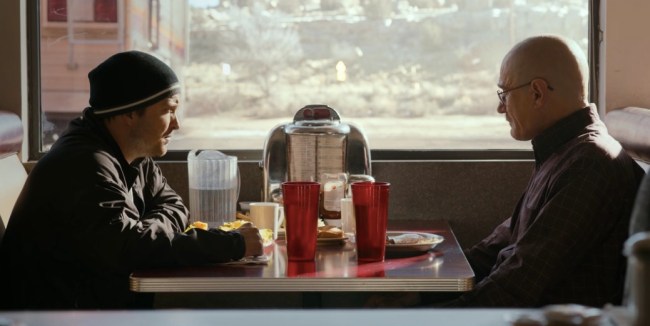 You can find our SPOILER-FILLED El Camino: A Breaking Bad Movie review here.