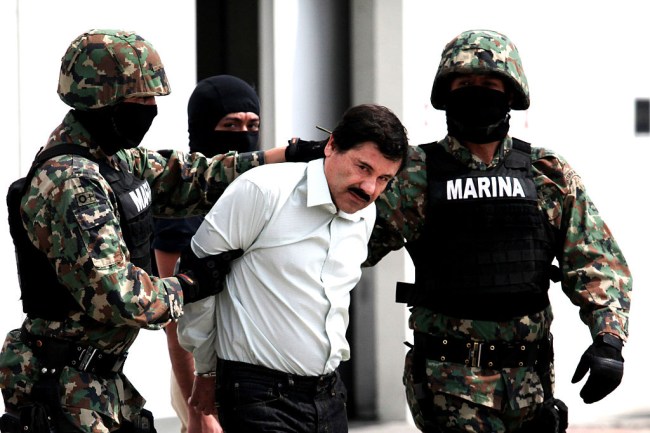 Imagine having so much pride that a snubbed handshake would catapult you to a point where murder was a necessary plan of action.

Welcome to the life of Mexico’s former top drug kingpin and who the United States Department of the Treasury deemed the “most powerful drug trafficker in the world.”

Joaquin “El Chapo” Guzman, who will serve the rest of his life behind the bars of a U.S. prison, was infamous for his violent approach to doing business. If any of his drug shipments were not on time, the former leader of the Sinaloa Cartel would simply shoot the smuggler in the head. The same fate was delivered to anyone who cheated him or betrayed him for other competitors.

Another example of El Chapo’s ruthlessness came this week at his trial for a 17-count indictment accusing him of running an international drug-trafficking conspiracy, charges of illegal and deadly gunplay, and money laundering.

“When he left, Chapo gave him his hand and said: ‘See you later, friend’. Rodolfo left him standing with his hand extended,” Zambada Garcia said Monday.

Soon after, Rodolfo Carrillo was killed while leaving a cinema.

“Rodolfo Carrillo died, his wife did, too, and (a judicial police) commander was seriously injured but survived afterwards.”

Moral of the story: El Chapo kills without prejudice. We’re talking about the same dude who needed to give assurances to the court that he would not have any jurors killed during his trial for 17 indictments that started last week. Each juror is now under the protection of the United States Marshals service, whose agents will be shuttling them between their homes and the courthouse in Downtown Brooklyn every day for entire trial.