Lawyer For El Chapo’s Wife Blasts US Government, Says Leak That She’s Cooperating With Feds ‘Designed To Kill Her Family’ 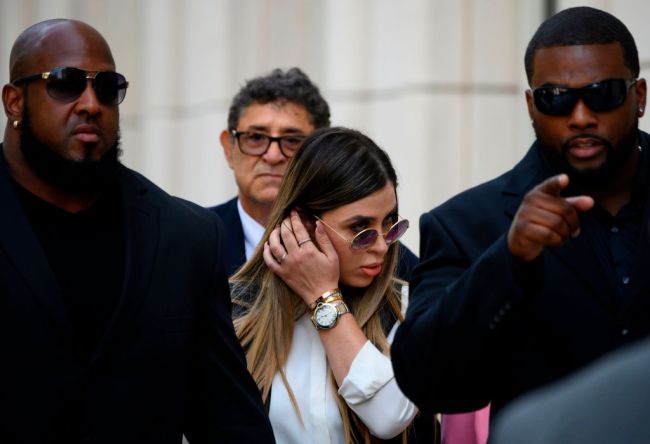 The lawyer for El Chapo’s wife slammed the United States government over the recent information leak that Emma Coronel Aispuro was “definitely cooperating” with the feds. He claimed that the leak was “designed to kill her family.”

Last Friday, the New York Post ran a story claiming that Aispuro was preparing to “rat out high-ranking members of the Sinaloa cartel, including her own stepsons.” The New York Post said a federal law enforcement source informed the paper, “She’s definitely cooperating.”

The source added that El Chapo’s wife was ready to live in the U.S. under the witness protection program, “Emma wants to get far away from the violence, and has always wanted to live in the US.”

Jeffrey Lichtman, the lawyer for Aispuro, blasted federal authorities for the leaks about his client.

“I’m not going to comment on what she is or what she isn’t going to do,” Lichtman said during an interview on WABC’s The Other Side of Midnight radio program.

He added that the “planting of the story” is “absolutely the most despicable thing, probably the worst prosecutorial governmental misconduct I’ve ever experienced in 30 years.”

“And I’ve been involved with fabrication of evidence, destroying evidence, lying to judges, lying to juries by the feds, but to actually put this out there is an attempt to murder her and her family,” he continued. “Let’s be clear about this. She’s got two 9-year-old girls that are exposed, obviously, and to put this out there so flippantly is designed to kill them.”

“So you’ve got federal agents that don’t care about the fact that they’ve sworn to uphold the law, have violated it and have destroyed any ability to exploit any cooperation by her,” Lichtman said, according to the New York Post.

“If there was cooperation that was going on or was about to go on, it’s been destroyed,” he added.

“I’m researching right now whether we can even make a motion to dismiss the charges based on [this leak],” Lichtman noted. “They’re basically attempting to kill her family. And her, as well.”

Aispuro, who has dual U.S. and Mexican citizenship, was being reportedly being detained at the William G. Truesdale Adult Detention Center in Alexandria, Virginia, after being arrested at Dulles Airport. The 31-year-old Aispuro was accused of conspiring to distribute cocaine, methamphetamine, heroin, and marijuana in the United States, as well as helping El Chapo escape prison in Mexico through a secret tunnel in 2015.

Despite being a possible target of the Sinaloa Cartel, El Chapo’s wife will not get any extra security.

Lichtman told TMZ, “She doesn’t qualify for beefed-up security because she wasn’t deemed a security risk, even though the feds are now claiming she twice conspired to help El Chapo escape prison, including one successful prison break in Mexico.”

He also said that Aisporo’s mood is “miserable.”

In July 2019, El Chapo was sentenced to life in prison plus 30 years. The Mexican cartel boss will also have to forfeit over $12.6 billion to the U.S. government.