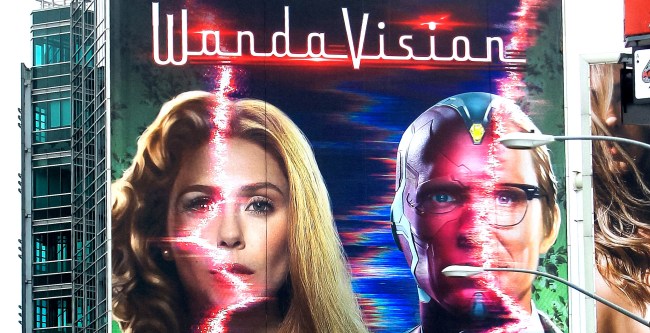 Elizabeth Olsen is currently one of the most famous actresses in the world thanks to the wild success of the Disney+ show Wandavision.

Olsen, 32, has been acting since she was 4-years-old, first gaining critical acclaim for her performance in the 2011 film Martha Marcy May Marlene.

Since then she has appeared in films like Oldboy, Godzilla, Kodachrome, Avengers: Age of Ultron, Captain America: Civil War, and Avengers: Infinity War, as well as the the Facebook Watch drama series Sorry for Your Loss.

Incredibly (at least to me and everyone else who has known this for years), despite that excellent resume and her appearing before countless millions of viewers in numerous blockbuster films, there appears to be a large portion of the population that has no idea Elizabeth is the younger sister of the famous Olsen Twins, Mary-Kate and Ashley.

I was today years old when I found out Elizabeth Olsen aka Wanda Maximoff was Mary Kate and Ashley’s younger sister pic.twitter.com/kZFXGlmyTO

Okay i literally just learned that Elizabeth Olsen- THE SCARLET WITCH- is the younger sister of twins Mary-Kate and Ashley.

Y'know, I can kinda understand this many people being surprised that Elizabeth Olsen is Mary Kate & Ashley's sister…

So if you’re just now figuring out that Elizabeth Olsen is Mary-Kate and Ashley sister, you’re literally living under a rock and are not cultured.

I suppose these people also are unaware that years ago Mary-Kate and Ashley Olsen dropped a banger of a diss track on their little sister Elizabeth called “Butt Out” from a 1994 episode of The Adventures of Mary-Kate & Ashley with the absolute killer line, “Hasta La Vista, Baby Sista.” (37 second mark below.)

Can someone put the moment when they drop that line on a loop for me? So dope.