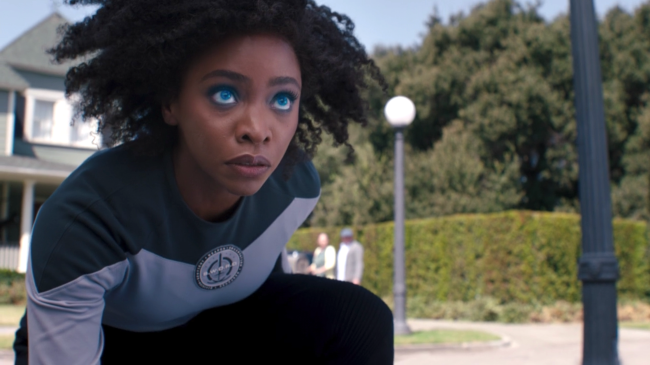 Regardless of what your ultimate opinion of WandaVision is, one thing you cannot deny the pioneering Marvel Cinematic Universe series on Disney+ is that it’s interesting.

From its meta-sitcom structure to its horror elements to its very nature (it’s literally the first *proper* MCU series, sorry, Netflix), WandaVision is unlike anything Marvel Studios has ever done, and that’s something to be applauded.

One of those groundbreaking moments has been the introduction of Teyonah Parris’ Monica Rambeau, who was given her red carpet superhero debut in the latest episode, “Breaking the Fourth Wall”. And while it was unclear exactly *what* her powers were, it’s quite clear that they’re significant, as she was able to withstand an attack from Wanda, one of the MCU’s strongest characters.

Luckily for us, in a recent interview on Jimmy Kimmel Live!, Parris delved further into what Rambeau (and the likely soon-to-be Photon) is capable of.

“Monica can absorb energy. In the comics, that is what her superpower is. It is yet to be revealed just exactly what it is in the MCU. We get a taste of the fact that there is something that is changed, and we have to stay tuned to find out exactly how that will manifest itself. But in the comics, she can absorb all energy on the electromagnetic spectrum.” [via Jimmy Kimmel Live!]

Whatever Monica’s powers are, we’ll undoubtedly see them come to the forefront before season’s end, as it’s becoming increasingly obvious that Wanda is going to need some help escaping from Agatha Harkness’ hex… if she even wants to.