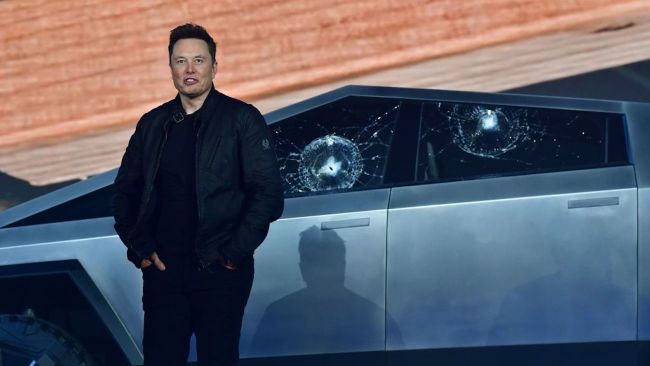 Elon Musk, the CEO of Tesla — a company that began the year at $1,200 per share and currently sits at about $740 per share, largely due to Musk’s antics this year — is getting cooked on social media for an email he sent to Tesla employees demanding that they work in-office at least 40 hours per week.

The email, which was sent following Memorial Day, told Tesla employees that if they don’t show up at the office for at least 40 hours a week, the company will assume they’ve “resigned.”

“Everyone at Telsa is required to spend a minimum of 40 hours in the office per week. Moreover, the office must be where your actual colleagues are located, not some remote pseudo office. If you don’t show up, we will assume you have resigned,” the email, titled ‘To be super clear’, reads.

Musk then transitioned to signing the praises of his own work ethic:

“The more senior you are, the more visible must be your presence. That is why I lived in the factory so much — so that those on the line could see me working alongside them. If I had not done that, Tesla would long ago have gone bankrupt.”

“There are of course companies that don’t require this, but when was the last time they shipped a great new product? It’s been a while. Tesla has and will create and actually manufacture the most exciting and meaningful products of any company on Earth. this will not happen by phoning it in.

Additionally, the 50-year-old Musk also implied on Twitter that those who work remotely are “pretending” to work:

They should pretend to work somewhere else

Given the increasingly work-from-home culture that our society is becoming, it goes without saying that Musk’s email certainly hasn’t sat well with many people online:

Elon Musk is very, very disappointed in how lazy American workers have become and has also spent the last two months tweeting twelve hours a day.

About time the board stood up to Elon Musk, anybody who is willing to lose $69 billion from one company to acquire a $44 billion dollar company, is not a good business plan. 🤭

Please let me go the rest of my life without ever hearing about Elon Musk again.

In other news: Elon Musk has decided disabled people don't exist. Almost impressive the ways this dude finds to be new levels of archaic goblin-lord

(immunocompromised people are real you dipshit)https://t.co/U5nC31mI63

Elon Musk says remote work is “no longer acceptable”. I’ve had bosses like that before. Control freaks. They don’t trust their workers and it reveals they can’t be trusted themselves. They will suck you dry if you let them. Don’t let them.

Elon Musk is a douchebag.

remember when elon musk was going to buy twitter? that was one year ago

When the guy who's made billions from tech and wants to set up a Mars colony, buy a social network, and stick chips in our brains, then insists that people can't possibly work hard via technology, I'd say that's extremely tellinghttps://t.co/hRh48rBWoH

Elon Musk demands workers return to office so he can scream at them in person.

Did I mention we should all just ignore Elon Musk

elon musk is a comic book villain come to life
(also, shoutout to whoever picked this photo bc the symbol he is making is, well, apt 😉 pic.twitter.com/4FbtWoeW4i

“It is unclear if Mr. Musk will adhere to his own rules of spending 40 hours a week in Tesla’s and SpaceX’s offices. He is rarely in the office and often travels, said two people who have worked with him.” https://t.co/7azw3sNIYF

When the history of this century is written, there will be a special chapter dedicated to reactionary narcissists who pretended to look forward, while resisting any kind of change tooth-and-claw. ~AA https://t.co/cEV61npyDT

The more I learn about him the worse he gets.https://t.co/Wo2gF8GuFv

RELATED: A Satirical Gaming Website Dunked On Elon Musk So Hard That He Deleted His Tweet, Got Ratio’d Thrice