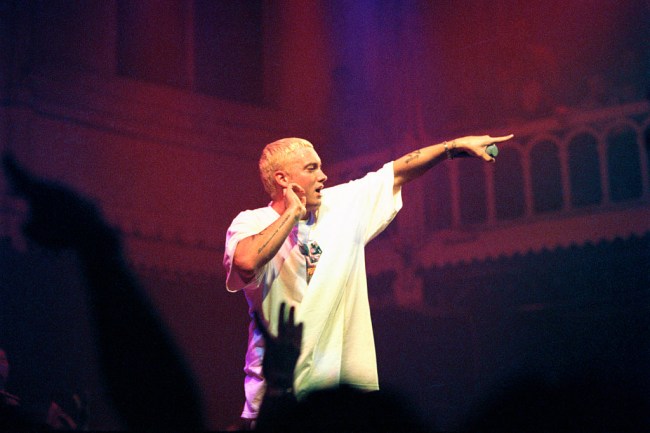 Devon Sawa, the actor from Final Destination, Idle Hands, and Casper, is probably best known for being the biggest Eminem fan in the music video Stan. Despite the hip-hop song coming out nearly 20 years ago, Sawa has not forgotten his role in the classic rap music video.

Stan was released on November 21, 2000, and it featured Sawa as a crazed fanatic who was obsessed with Eminem. Sawa reprised his role as the Eminem zealot to wish Marshall Mathers a happy birthday.

Sawa tweeted out his happy birthday wishes to Eminem on Thursday for the rapper’s 47th birthday. “Happy birthday @Eminem,” Sawa wrote. “Sincerely yours, Stan.” He ended the tweet by saying: “Ps. We should be together, too.”

Ps. We should be together, too.

Sawa is, of course, referencing the lyrics from Stan: “You gotta call me, man, I’ll be the biggest fan you’ll ever lose / Sincerely yours, Stan. P.S.: We should be together, too.”

Sawa wasn’t the only one who wished Slim Shady a happy birthday. Fellow rapper 50 Cent shared a photo of himself with Em on Instagram.

Earlier this month, 50 Cent revealed that he was working on a new Eminem album. “I got another record from Em that he sent me for his new album,” Curtis Jackson said. But he did not provide any further details.