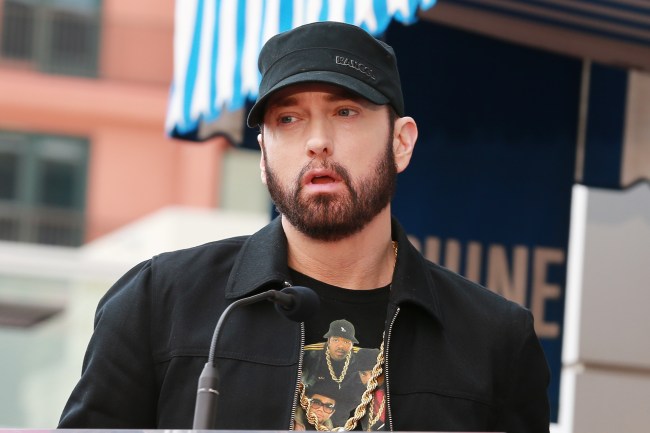 Kid Cudi and Eminem have teamed up for the very first time with the release of The Adventures of Moon Man & Slim Shady, a 4-and-a-half minute ditty in which Cudi addresses the mental health struggles that landed him in rehab in October 2016 and Eminem tackles everything from COVID-19 to police brutality.

Produced by Dot Da Genius, J Gramm and Eminem, the song dropped at midnight on Thursday and as of 10 am on Friday, and has already amassed nearly 600,000 YouTube views.

Some notable lines from Em involve his blunt criticism of Drew Brees after Brees undermined the NFL kneeling movement n June by saying, “I will never agree with anybody disrespecting the flag of the United States of America or our country.”

Eminem also took aim at the American people for our collective fatigue and ultimate apathy toward COVID-19.

Fuck going on man? (Yeah)
Bunch of half wits up in office
Half of us walkin’ around like a zombie apocalypse
Other half are just pissed off and don’t wanna wear a mask
And they’re just scoffin’
And that’s how you end catchin’ the sick off ’em
I just used the same basket as you shoppin’
Now I’m in a fuckin’ casket from you coffin’

He closes out with a lines on police brutality and their relationship to murder victims George Floyd and Ahmaud Arbery.