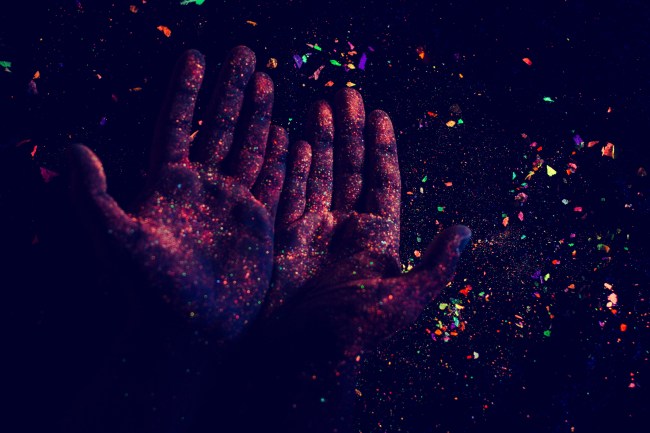 There has been an urban legend for floating around for years about synthesizers in the 1960s, the legend goes that the mouthpiece of the instrument was dipped in acid and when a musician would play the instrument they’d then eventually start trip balls.

It turns out that this isn’t an urban legend at all because this is exactly what happened to an engineer in San Francisco repairing a 1960s-era synthesizer. Only the ingested the LSD through his fingers and didn’t appear to come in contact with his lips or saliva, the typical way people dose themselves on acid.

San Francisco’s CBS Local has the story and it sounds nuts. Just imagine that one minute you’re repairing an instrument and going about your life as you always do and about an hour later you’re tripping balls. And the acid trip lasts forever. It’s usually 12+ hours (don’t ask me how I know that) but this one only lasted for 9 hours so the drugs were either weak or weakened throughout the years:

“It was in a closet in the corner of a classroom, which was a little sad because it was like a shipwreck,” remarked music composer and retired professor William R. Shannon, who remembers composing on the device when he was a student.
At one point, the device was likely augmented with additional modules, including a red-colored module on the top row. During his repair work, Curtis opened the module and saw something stuck under a knob.
“There was like a residue … a crust or a crystalline residue on it,” said Curtis.

He sprayed a cleaning solvent on it and started to push the dissolving crystal with his finger as he attempted to dislodge the residue and clean the area.
About 45 minutes later, Curtis began to feel a little strange. He described it as a weird, tingling sensation. He discovered this was the feeling of the beginnings of an LSD experience or trip.

The sensation lasted roughly nine hours.
Three individual chemical tests identified the substance as LSD. A well-known LSD researcher and expert who asked to remain anonymous told KPIX that LSD can remain potent for decades if kept in a cool, dark place. (via)

It’s kind of blowing my mind that musicians in the 1960s had so much extra LSD laying around that they could just dip their instruments in it and leave it sitting around for decades.

How did the drugs get on the synthesizer?

As to how the LSD ended up on the red modules?
“There were a lot of legends,” said Davel, who worked for Buchla for more than 20 years and is now the lead designer and engineer for Buchla USA.
There are few facts available to come to an understanding of why LSD ended up on the red module handled by the KPIX engineer. Buchla and Stanley are both dead and no public records exist to shed any light as to where the modules originated. On the Buchla 100 at Cal State East Bay, some modules were added and did not come with the original commissioned device. Close friends tell conflicting and confusing stories.

Was the red module used to stash the drug? Did an accidental spill result in the drug seeping through to the circuitry or was it a source for chemically-induced and mind-altering inspiration?
No one knows. Even so, Ciani said what happened to Curtis is astonishing. (via)

In all seriousness, dosing someone with LSD who didn’t voluntarily agree to trip with you is probably one of the shittiest things a human can do on this planet. The trip from LSD can be incredibly strong and can leave an impact on someone’s life for years, sometimes permanently altering their personality.

You’ll always hear urban legends about someone putting LSD in food or drinks at a festival and I cannot imagine a shittier thing to do.

For more on this story, you can click here to visit CBS Local.