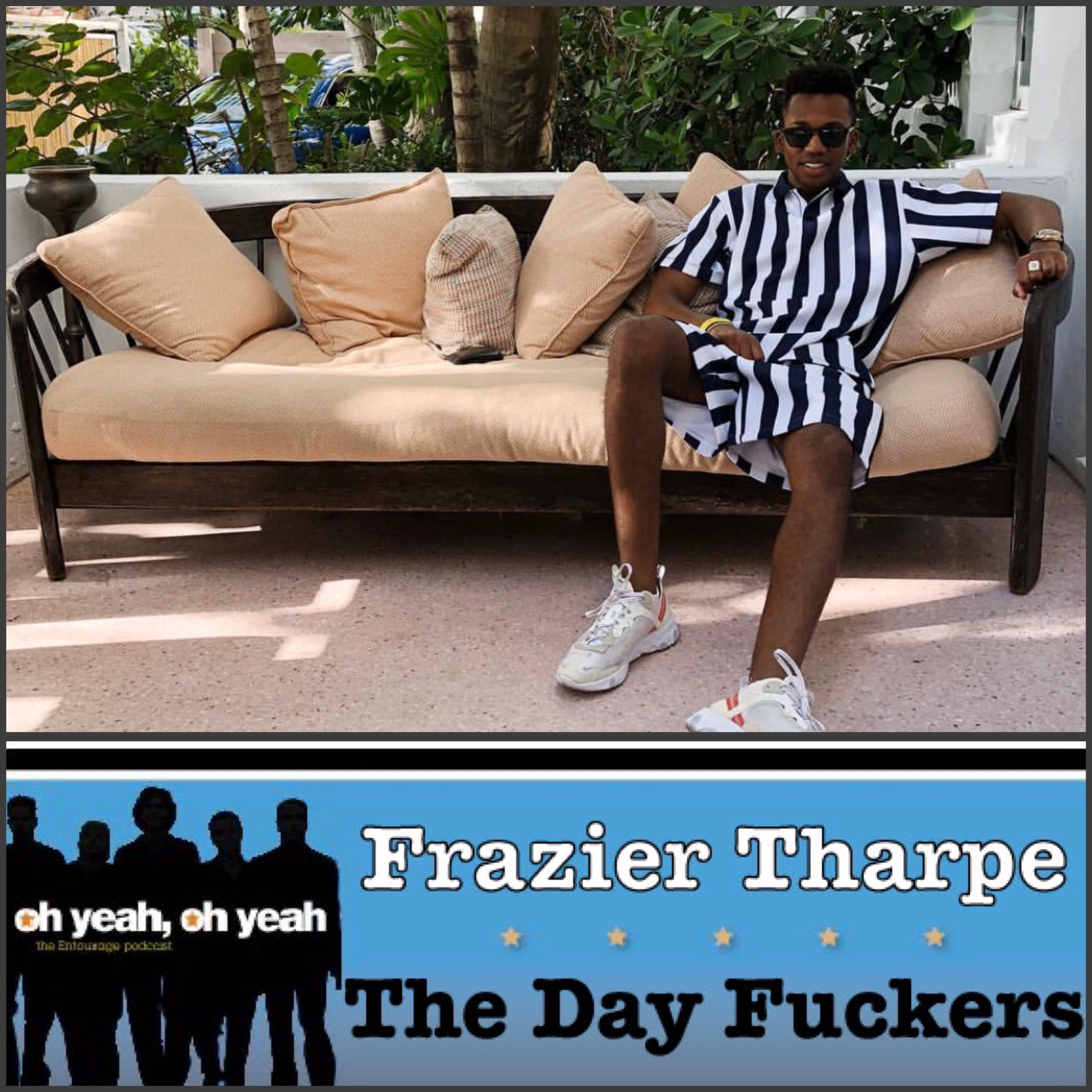 It’s a tale as old as time. You and your boys are ragging on somebody in your friend group for something and an ill-advised wager is placed. There’s usually a mutually agreed upon goal and a time limit set and the group disembarks to accomplish the feat as quickly as possible.

Such is the circumstances we find ourselves in this week’s plot free Season 4 episode of Entourage ‘The Day Fuckers’. For this Top 10 Entourage episode I had Oh Yeah, Oh Yeah favorite Frazier Tharpe back on the podcast this week, this time in the flesh!

This classic episode of the show represented a nice departure from the ‘Medellin’ plot that had begun to become quite overbearing at the hands of the maniacal Billy Walsh. It lent to some good old fashioned bros being bros moments, which Frazier and I discussed at length, as well as one of the most iconic Johnny Drama lines in the show’s history.

Poor, poor Jess Mancini. For the sake of the name, I hope writers Doug Ellin and Rob Weiss didn’t actually know somebody named Jess Mancini, because she’ll forever be associated with Johnny Drama and a ten speed.

Frazier and I also talked in earnest about what a hand to God remake of Entourage in 2020 would look like, and dove deep on the TV network FX’s programming lineup from 2010, which seems random but was quite nostalgic. Subscribe below to listen!

back on this today talking about a top 15 episode and a top 5 end credits song iykyk shoutout Alice Smith https://t.co/9WM2YKSRXS