A Detailed Look At eSports’ Richest Players, Teams, Games And The BILLIONS Of Dollars In Play 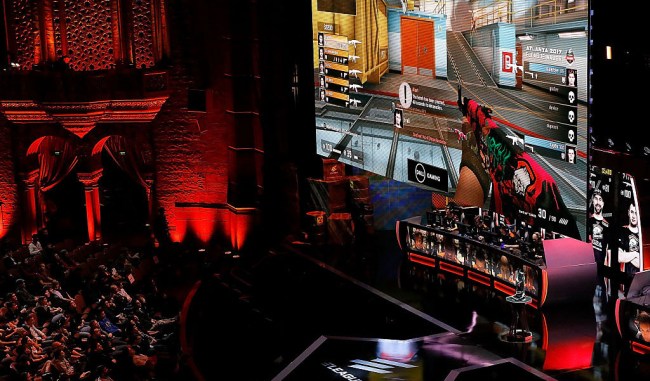 Remember when we shared “The 22 Most Common Side Hustles And How Much Each Job Pays” with you guys? Yeah, well, what if you could turn your burgeoning video game habit into a real money-making job? That’d be pretty cool, right?

Well, while eSports and gaming aren’t new, they’re no longer just hobbies, but are now on the verge of something much, MUCH larger. In 2017, the eSports industry earned $1.5 billion, with a B, in revenue, while experts project that number will rise to $2.3 BILLION by 2022.

To learn more about this eSports boom, Casino.ca analyzed data and profiled the biggest names in the industry, the games they’re playing, and how much cash they’re really pulling in and the numbers are eye-opening.

• Kuro Salehi Takhasomi (KuroKy) is the highest paid eSports player in the world, having pulled in nearly $3.5M.
• Team Liquid ranks #1 with over $18M in earnings.
• China ranks #1: 2,573 players, average earnings of $26K, and overall earnings of $68M.
• Dota 2 currently leads the ranks of professional gaming platforms in cash prizes.
• 22-year-olds have the highest overall earnings, and the top age for average earnings is just slightly higher at 24. 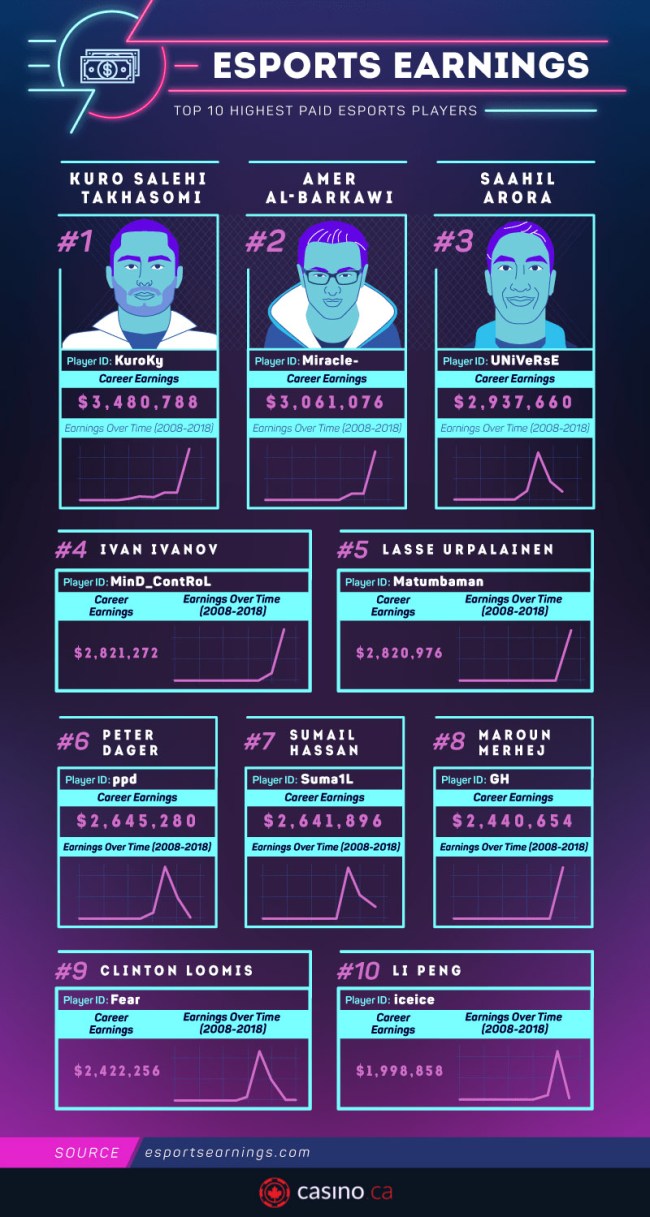 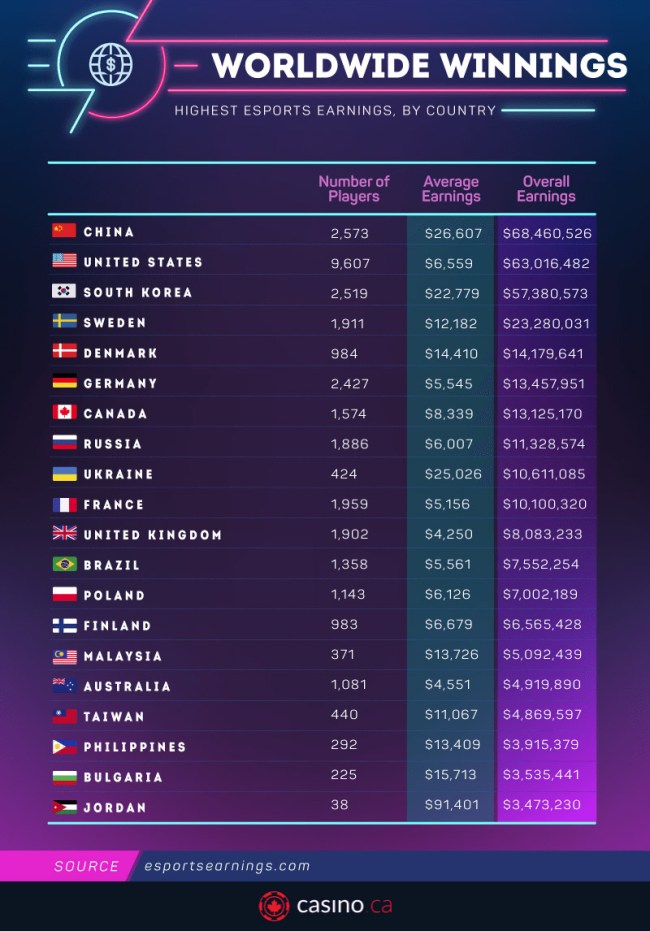 Highest Paying Games and The Leading Country For Each 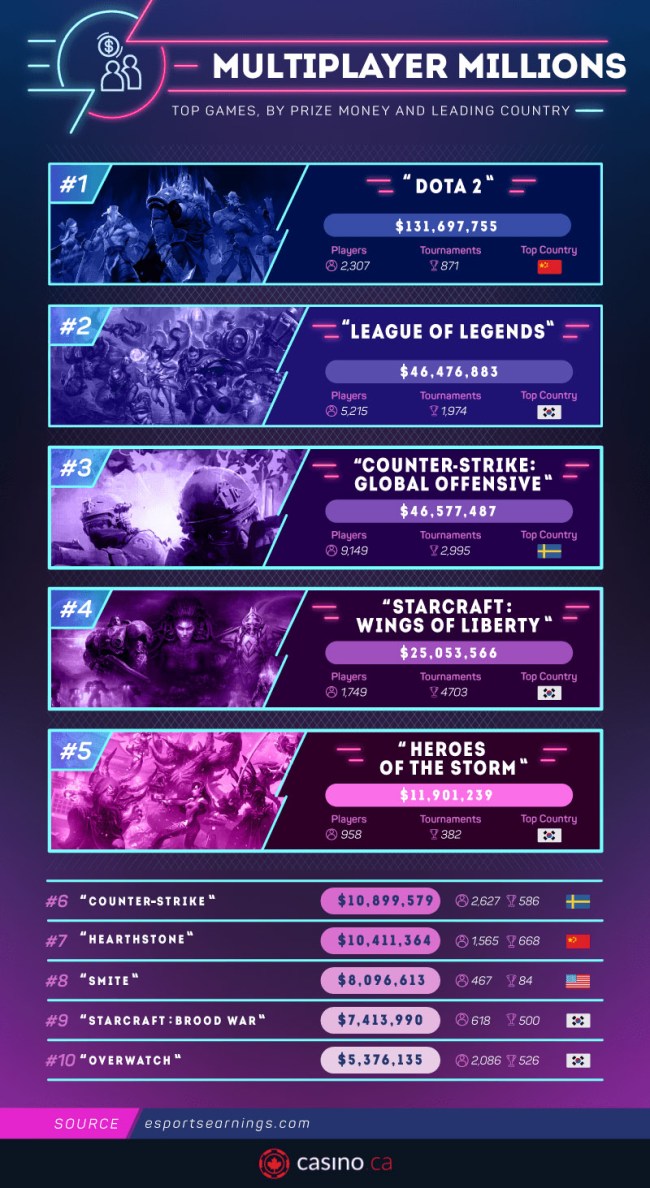 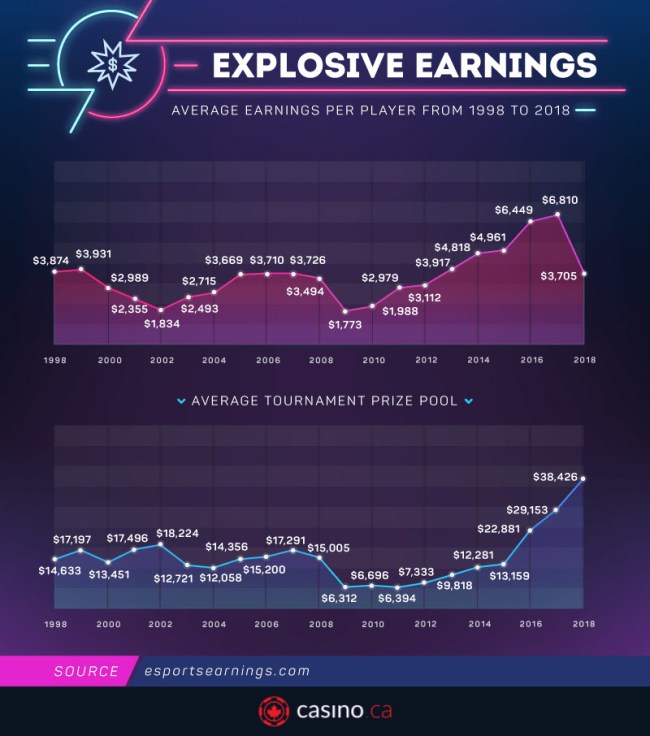 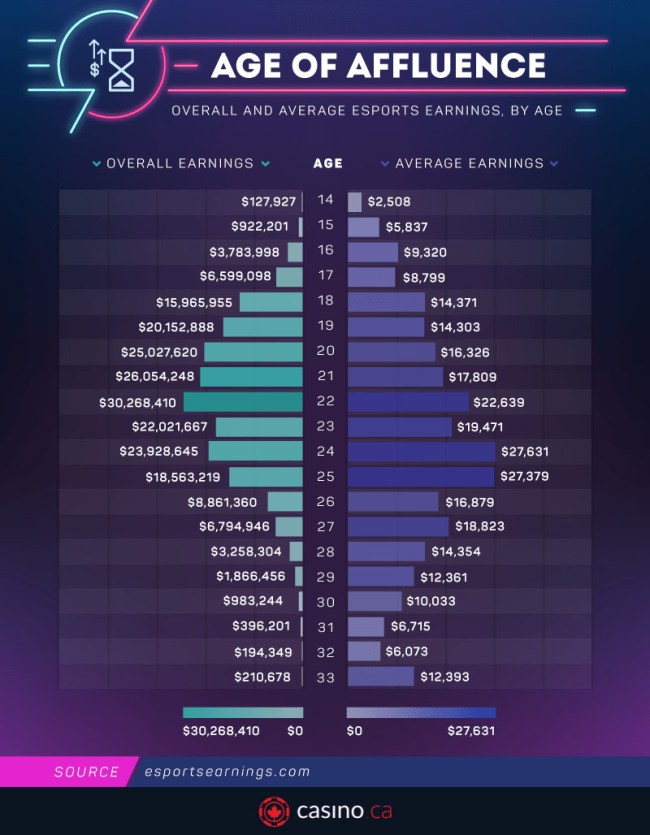 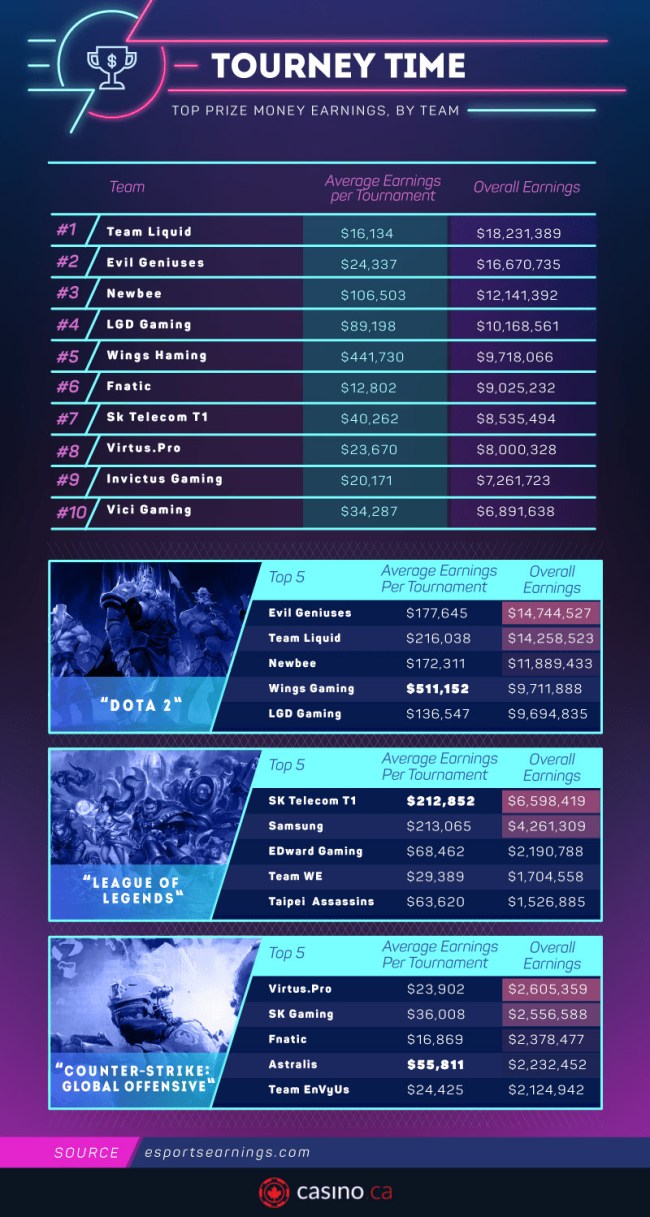 With money like this at stake, and companies like Amazon, Disney and NBA2K getting involved as sponsors, it’s little wonder there are efforts underway in an attempt to bring esports and competitive video gaming to China’s Olympic Games in 2022.

View the entire study and the methodology used here.