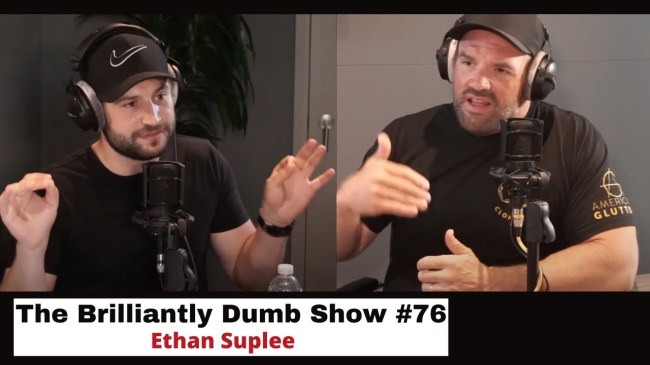 Ethan Suplee has a career resume that goes about as long as the receipts you get from CVS that you are expected to hold on to and return to the store with for $3 off your next purchase.  He has been on movie sets with names such as Denzel Washington, Johnny Depp, and Leonardo DiCaprio. His role as Frankie in “Boy Meets World” is credited with really assisting in his breakthrough to Hollywood. But there was always something that was holding him back mentally, his weight.

Suplee was almost a sure fit in dramas and comedies to play a heavier set character that people immediately fell in love with. That, however, led to an unhealthy lifestyle that he finally decided he was done with. Suplee went on what some would say an insane workout regiment that led him to losing 275 pounds. He spoke about his troubles in his early career recognizing that he needed to make a change in his health.

“I feel like as an overweight person, I had shields that would deflect from the fact that I was so overweight. Some of them were a success as an actor, which is a shield, people are looking at me and are not seeing how overweight I am they are seeing an actor that they saw in a movie. Which kind of is a distraction, I also had a lot of famous friends that were also a distraction.”

It was Suplee’s wife, Brandy Lewis, and his support system that led him to accomplish one of Hollywood’s most incredible transformations. He continues his clean eating and workouts daily while spending time with his wife and four children. It’s a moving interview that gives you a first-hand look into one of Hollywood’s most lovable actors.