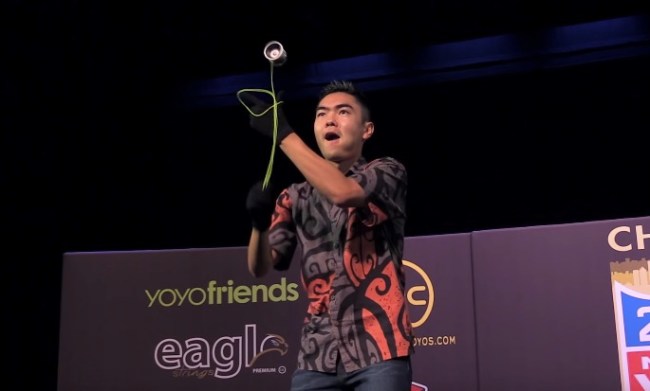 As we cruise into our nation’s Independence Day celebrations tomorrow I figured there’s no better way to look ahead to BBQ and fireworks than to watch Evan Nagao win the 2018 US National Yo-Yo Championship while performing to ‘Freebird‘. There are few songs as American as Lynyrd Skynyrd’s ‘Freebird’ and that’s the icing on the cake here.

Evan will be traveling to the World Yo-Yo Championship this August in Shanghai, China where he’ll be squaring off against the world’s most elite Yo-Yo jedis. I’d wish him luck but if he just busts out that routine and continues to ride the ‘Freebird’ hype then he’s destined to take home the world championship. How could he not? I think I’ve seen enough from this young man to know that he’s got the best routine around. I don’t need to spend hours scouring YouTube for clips of his fellow Shanghai competitors. He’s got ‘Freebird’, that’s really all he needs.