125 People Were Gifted $500 A Month For Two Years, No Strings Attached, And Here Are The Results 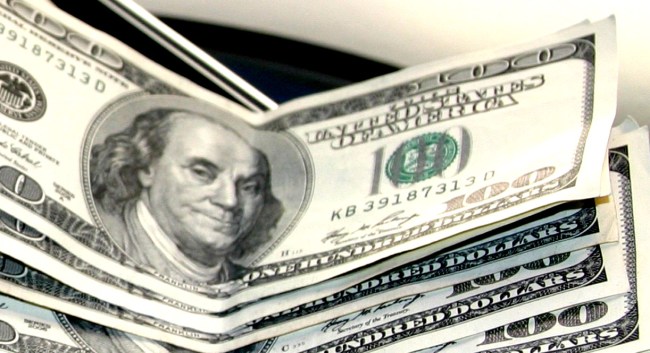 For two years, 125 people in Stockton, California were handed $500 a month with no rules or strings attached as part of an experiment around universal basic income.

On Wednesday, the results of the experiment were released.

Called the Stockton Economic Empowerment Demonstration (SEED), the experiment began in February 2019 by selecting a group of 125 people who lived in census tracts at or below the city’s median household income of $46,033, reports WFAA News.

One of the biggest concerns prior to the experiment being conducted was that with people being handed free money every month they would be less likely to seek employment. Turns out the opposite happened.

When the program started in February 2019, 28% of the people slated to get the free money had full-time jobs. One year later, 40% of those people had full-time jobs. A control group of people who did not get the money saw a 5 percentage point increase in full-time employment over that same time period.

Tomas Vargas said the extra $500 a month was enough for him to take time off from his part-time job and find full-time work that paid better. He said he was depressed at the start of 2019, but now says he is happier and healthier.

“Every day I get to wake up and enjoy my kids,” he said. “My wife, we enjoy time together. We didn’t have that before.”

Despite those positive results, Matt Zwolinski, director of the Center for Ethics, Economics and Public Policy at the University of San Diego, pointed out that because it was already known by study participants that it would come to an end after two years people were less likely to drop out of the labor force.

That being said, participants did report lower levels of anxiety and depression when compared to another group of people who did not receive any money.

A second study focusing on just year two of the experiment, when participants were having to deal with the financial strain of the pandemic, will be released next year.

The SEED program was privately funded by private donations, including a nonprofit run by Facebook co-founder Chris Hughes.