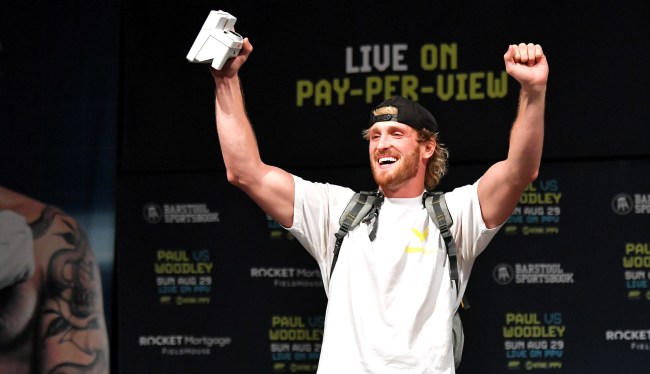 Logan Paul has spent a literal fortune on Pokemon cards having dropped $1 million in one purchase and $2 million in another. His most recent Pokemon card purchase dwarfed those, however, as he spent $3.5 million on what he believed was the only known sealed and authenticated box of First Edition Base Set Pokemon cards in the world.

Several experts noticed what they believe to be errors and discrepancies. The Pokemon TCG site PokeBeach took things a step further and compiled all of the reasons why they believe Paul’s cards are fakes.

PokeBeach didn’t even report on Logan Paul’s purchase when it happened because they “had doubts about the product’s legitimacy.”

Many collectors in our community immediately assumed the auction was a scam. The seller advertised the box as a “once in a lifetime opportunity” so clearly understood its value. Yet someone who understands the value of this item wouldn’t also sell it on eBay and ship it to the winner for $30 via Canada Post. They’ll usually contact an auction house or respected seller (or be advised to do so). Short of that, they’ll allow a buyer to fly out and inspect the item before flying it home.

The history or “story” of expensive items is also essential for their sale. Buyers need to know how items changed hands in order to verify their authenticity and origins. But the seller told three different origin stories (“you wanna know how I got these scars?”). He originally stated he bought it in Canada from an old woman during an estate sale. Then over DM, he told a potential buyer it was a gift for his 12th birthday.

When the buyer asked to inspect the box he was told that was not going to happen so the sale was called off.

The Pokemon cards, which the seller then claimed he found in the attic of a house he bought, were sold for an undisclosed amount and was authenticated by a company named Baseball Card Exchange.

They were then resold for $2.7 million and later flipped again to Logan Paul for $3.5 million.

Throughout this entire saga, Pokemon experts pointed out several mistakes and inconsistencies with the set.

YouTuber Rattle compiled much of the evidence and put it in a video.

If Logan Paul’s $3.5 million Pokemon cards do turn out to be fake, it won’t be the first time he has been scammed.

found out my $2M Pikachu Illustrator card was fake, got angry & punched a window (it was supposed to be a joke), ended up nearly bleeding out and got 9 stitches. I’ve officially bled for Pokémon. help me pic.twitter.com/7bg36XM785