Earth Is Getting 11,464,000 Pounds Heavier Each Year Thanks To Extraterrestrial Dust: Study 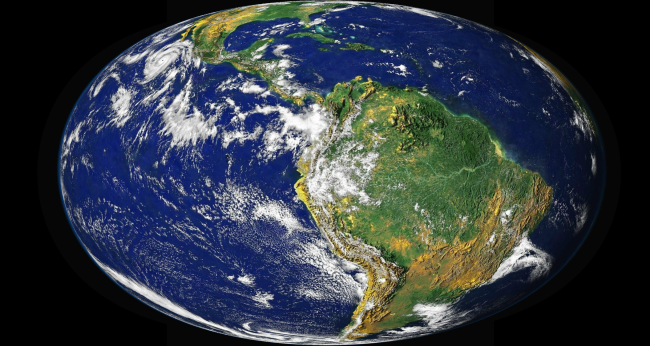 Think you’re having a tough time keeping those unwanted pounds off? According to new research, extraterrestrial dust from space is adding around 5,732 tons (or 11,464,000 pounds) of weight to planet Earth each year.

And here we were thinking the Quarantine 15 was bad.

This new research, published in the journal Earth and Planetary Science Letters, states that this massive weight gain for planet Earth is due to tons of extraterrestrial dust particles, also known as micrometeorites.

They know this because over three summers in Antarctica, spread out over two decades, researchers collected more than 2,000 micrometeorites from three excavation sites in the snow – 1,280 unmelted micrometeorites and 808 cosmic spherules (melted space rock).

Using their findings from these three dig sites, the researchers were able to extrapolate and come up with that number, which makes these micrometeorites the biggest source of extraterrestrial material delivered to Earth’s surface, reports Science Alert.

According to Science News, Jean Duprat, a cosmochemist at Sorbonne University in Paris, says Antarctica is the perfect place to find these micrometeorites because there’s no liquid water to dissolve them, as well as no humans or animals that could otherwise destroy them.

First, Duprat and colleagues had to dig down two meters or more to reach layers of snow deposited before 1995, the year when researchers set up a field station at an inland site dubbed Dome C. Then they used ultraclean tools to collect hundreds of kilograms of snow, melt it and sieve the tiny treasures from the frigid water.

In all, the team found 808 spherules that had partially melted as they blazed through Earth’s atmosphere and another 1,280 micrometeorites that showed no such damage. The particles ranged in size from 30 to 350 micrometers across and all together weigh mere fractions of a gram. But the micrometeorites were all found within three areas totaling just a few square meters, the merest fraction of Earth’s surface. Assuming that particles of space dust are just as likely to fall in Antarctica as anywhere else let the team estimate how much dust fell over the entire planet.

Researchers estimate that about 80 percent of the micrometeorites originate from comets that spend much of their orbits closer to the sun than Jupiter. The rest probably come from collisions of objects in the asteroid belt.

Interestingly, and somewhat confusing, is the fact that the reasearch team’s models approximately 15,000 tons (13,600 metric tons) of space dust initially enter the atmosphere each year.

As for why only about a third of it reaches the planet is something researchers will be investigating further and once they do it could, according to Science Alert, “help us better constrain the role of cosmic dust in delivering water molecules and carbon to Earth, in the early days of the Solar System – in turn providing pieces of the puzzle that is the emergence of life itself.”