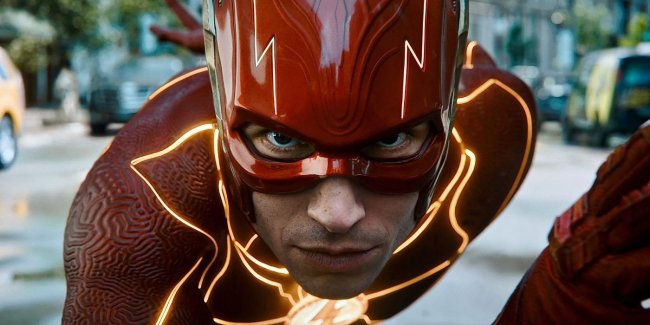 While The Flash producer Barbara Muschietti — the sister of director Andy Muschietti — recently claimed that “all is good in Flash land,” evidence suggests that’s far from the case, as a new report from Business Insider claims that Ezra Miller, the troubled star of the film, has recently been traveling the United States carrying a gun and wearing a bulletproof vest.

According to the report, Miller is taking these measures because they believe they are being followed by the FBI and the Klu Klux Klan.

In addition to the details about the guns and the bulletproof vest, the Business Insider report also details their alleged history of grooming, which is something he’s been accused of his recent months.

Some people said Miller, who uses they/them pronouns, sought out impressionable young women and nonbinary people whom they could isolate from families and control. In some cases, Miller had sexual relations with these people.

Several people close to Miller say they’re worried about the actor’s mental state and are concerned Miller has lost touch with reality, whether because the pressures of fame have broken them or because no one is willing to check their behavior. [via Business Insider]

Despite the ongoing issues surrounding Miller, Warner Bros. Discovery — who held a highly-publicized earnings call on Thursday — apparently remains committed to releasing the film, which is currently scheduled to hit theaters next summer.

“We have seen The Flash, Black Adam and Shazam 2,” said Warner Bros. Discovery CEO David Zaslav during the company’s Q2 earnings call on Thursday. “We are very excited about them. We’ve seen them. We think they are terrific, and we think we can make them even better.”

The report from Business Insider is just the latest in a string of allegations, charges, and arrests that have involved Mille.

Over the course of 2022 alone, Miller has either been charged with or accused of assault, disorderly conduct, harassment, grooming, and kidnapping and has also been arrested a handful of times, too.