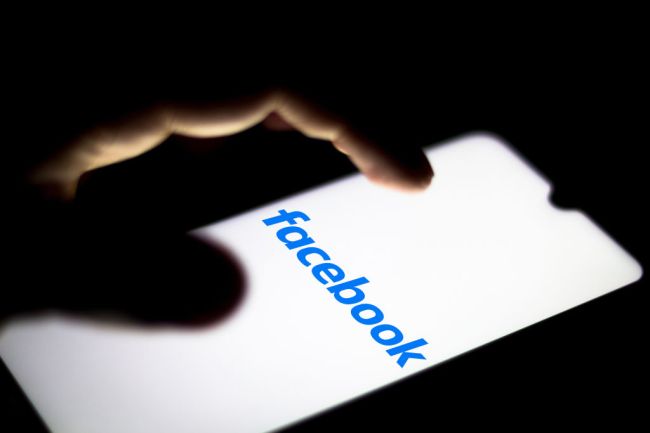 What are you doing with your life? Investing in GameStop and AMC? Perhaps you should have been savvy enough to paint the Facebook headquarters, which has turned out to be the most incredible personal finance move of all-time.

The year was 2004, when graffiti artist David Choe offered his services to Facebok executives. A big difference is that he offered his expertise to Facebook at a time when they were desperate for assistance and not spying on 4 billion people. So instead of cash money, they offered Choe stock options, which he wisely accepted.

Choe’s artisitic work reportedly caught the eye of Sean Parker, founder of Napster. Parker would later become the president of Facebook, a qauint start-up at the time. Parker hired Choe to decorate the Facebook headquarters in Silicon Valley with murals, according to CNBC.

Despite calling Facebook “ridiculous,” Choe decided to offer his services in exchange for stock options. That was the smartest play that Choe could ever make snatching funds from Facebook CEO Mark Zuckerberg.

With Facebook launching 17 years ago today, here's a good story:

When Facebook went public in 2012, his equity was worth $200M. pic.twitter.com/9vqpIUx3hL

According to a 2017 CNBC report, Choe benefitted greatly financially when Facebook stock went public for $38 a share in 2012. In the last couple years, his same stock options are worth over a whopping $200 million.

“My prices had been going higher and higher and I was like, ‘Yeah, I mean, if you want me to paint the entire building, it’s going to be 60, you know, 60 grand,’” Choe told Howard Stern.

“It’s gonna sound horrible for me to say money is meaningless,” Choe said. “I did everything I wanted to when I had nothing. Everyone’s like, ‘Well, what are you gonna do now?’ I’m like, ‘I’m still gonna do whatever I want except more people are just gonna bother me now.’”

The Los Angeles street artist reportedly told Stern, “It was a risky decision. Choe told the shock jock that at that time “Facebook was a joke,” and that “There was no guarantee that the business would amount to anything and his shares could wind up worthless.”

In 2005, Facebook hired graffiti artist David Choe to paint murals in their new office space; Choe accepted Facebook shares instead of a cash payment of a few thousand dollars, and when Facebook went public in 2012, his payment for the murals ballooned into 200 million dollars. pic.twitter.com/xv869mGd1m

Choe’s art can now be seen in art galleries across the country.

“Don’t feel sorry for me. This is like a godlike amount of money – where I could actually change the world and do things to help humanity and do good things,” Choe explained. “As an artist, I often wonder what my purpose is or why I do what I do. So those things will hopefully come into more clarity, or maybe not. I don’t know.”