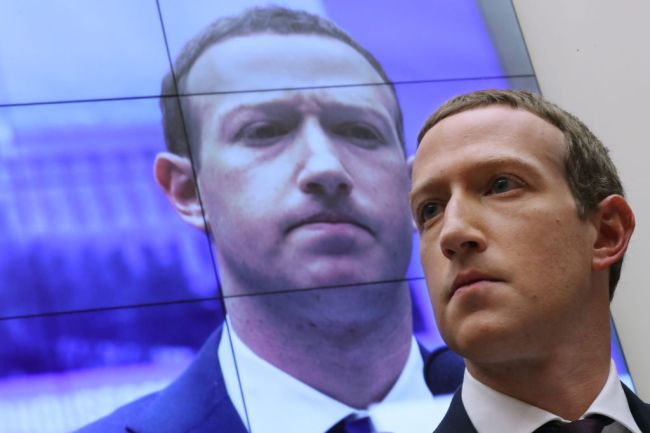 Facebook, in the midst of yet another controversy caused by both whistleblower Frances Haugen and the release of the “Facebook papers”, has reportedly sent a “firm legal letter” to a production company preparing to make a television series based on the book “An Ugly Truth: Inside Facebook’s Battle for Domination.”

Titled Doomsday Machine, the Anonymous Content series is currently set to feature The Crown star Claire Foy as Facebook COO Sheryl Sandberg. At this time, the role of Facebook founder, CEO, and chairman Mark Zuckerberg has yet to be cast.

According to the letter, which was obtained by Variety, Facebook says the project is built upon “knowingly false statements or portrayals” as they believe the book it’s based upon paints Facebook and its leaders in a “false light.”

In a legal letter sent on Monday, high-powered attorney Mathew Rosengart, who is repping Facebook, puts Anonymous Content on notice with an email addressed to CEO Dawn Olmstead.

“Facebook obviously recognizes that it is a public figure and has great respect for the First Amendment and the right of journalists and film or television producers to publish stories about it. The First Amendment does not protect knowingly false statements or portrayals — or those made with reckless disregard for the truth — even about public figures.”

The letter says that Facebook might consider working with Anonymous Content on ensuring the TV project is “accurate and truthful,” though it states that the book puts Facebook and its leaders under a “false light,” in violation of California law, so should the screenplay mirror the book’s “false statements, characterizations and implications,” Facebook will take legal action. [via Variety]

Doomsday Machine, of course, wouldn’t be the first major Hollywood project about Facebook’s exploits, as Jesse Eisenberg famously starred as Zuckerberg in 2010’s Academy Award-winning The Social Network. Given where the company has gone in the decade since that film’s release, fans of The Social Network have called for the creative team — Eisenberg as Zuckerberg, writer Aaron Sorkin, and director David Fincher — to make a sequel, as it can be argued Facebook’s last 10 years are far darker, and therefore more compelling, than their first few years of existence.