Facebook Taking On Tinder With New Dating Feature, Here’s How It Will Work 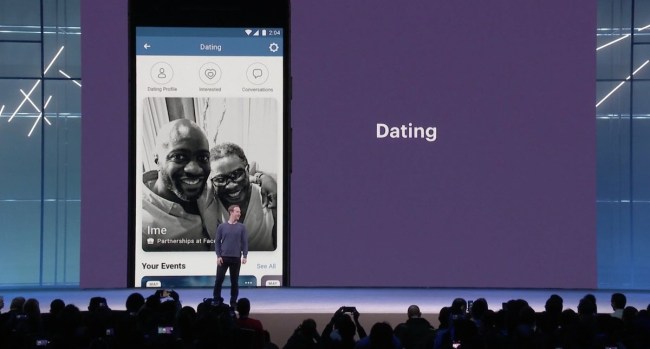 Facebook is rolling out a new dating feature. No, this is not an Onion article. This is real. Mark Zuckerberg wants you to know that it isn’t meant to be a hook-up site. On Tuesday, Zuckerberg unveiled the new dating option during the F8 Facebook Developers conference on in San Jose, California. Oh great, another dating app to meet equally damaged people.

For the first time since the social network was created in February of 2004, Facebook will help users find love. The Facebook CEO announced the new option during the keynote address. “This is going to be for building real, long-term relationships — not just hook-ups,” Zuckerberg said. Zuckerberg may not know this, but a Facebook dating already exists… it’s called sliding into someone’s DM’s on Instagram.

Facebook users can opt-in to the relationship-finding option and build a dating profile. The new dating option will find potential matches with shared interests or commonly attended events. Once you find someone who likes the same bands, same video games, and same restaurants, you’ll be able to send text-only private messages, separate from Facebook Messenger or WhatsApp. Who better to set you up with someone than Facebook, which already knows you better than your own mother. However, if you’re swingers or a polygamist you’re out of luck because Facebook users with “Married” or “In a Relationship” status can’t utilize the dating feature.

“It mirrors the way people actually date, which is usually at events and institutions that they’re connected to,” Chief Product Officer Chris Cox said. With Facebook having 2.2 billion monthly active users, the biggest social media platforms could spell trouble for existing dating apps such as Tinder, Match, Bumble, and OkCupid. Match.com’s stock dropped by more than 17% after news of a Facebook dating feature was released. So it will kind of be like OkCupid, but way more Russian bots and your dating information will be sold to advertisers.

“We have designed this with privacy and safety in mind from the beginning,” Zuckerberg said “Your friends aren’t going to see your profile, and you’re only going to be suggested to people who are not your friends.” Speaking of privacy, Facebook is still reeling from the Cambridge Analytica data leak and is now the least-trusted tech company. 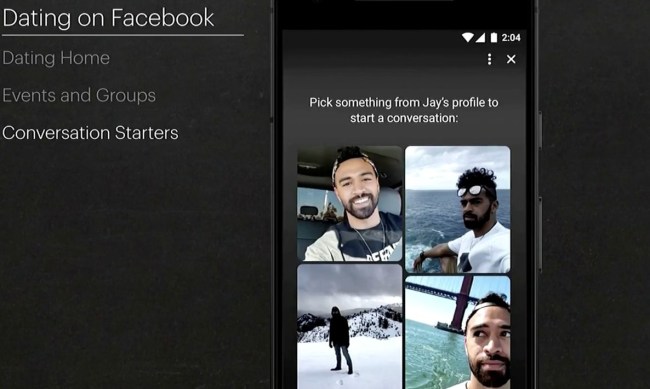