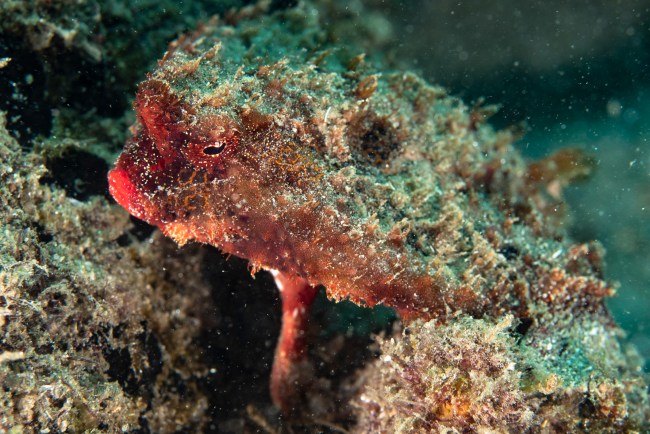 I’ve heard of batfishes before today but I’d never stopped to pay attention until now. Listen up though, I know that ZeFrank’s videos are a joke but that doesn’t take anything away from these being straight up aliens.

As we march our way triumphantly into Summer I’ve made a pact with myself to get in the water as much as possible. If that means waking up at 4am and catching a dive at sunrise then so be it. But you’ll find me on the reef this Summer and that’s a fact.

Now that I’ve spent a few minutes learning about these alienesque BatFishes from ZeFrank’s videos I’ll be on the lookout for anything that swims, moves, or looks like a rock. For what it’s worth, he appears to specifically be talking about the Ogcocephalidae batfish here which MY GOODNESS whoever named that fish needs to be woken up from the dead and questioned on how the heck they ever thought it was a good idea to name a fish Ogcocephalidae.

Seriously, what kind of name is that? Ogcocephalidae. Can’t we just say BatFishes?!

Ogcocephalidae!! I won’t even bother trying to pronounce it. I have way too much dignity to try and say that aloud. I’d need to go to finishing school, whatever the heck that is, just to attempt to get past the first few syllables on that word.