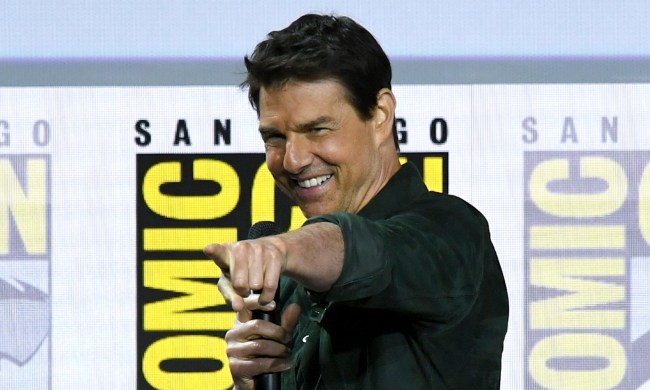 Tom Cruise made a very unexpected and very exciting appearance at the 2019 San Diego Comic-Con when he showed up to promote the long-awaited (by most) sequel to the 1986 blockbuster Top Gun, with the first footage from Top Gun: Maverick.

“For 34 years you guys have been very patient with me and I felt it was my responsibility for me to deliver for you,” Cruise told the shocked audience after he walked out on stage.

So, with the knowledge that Tom Cruise was, at least at one point, in San Diego, and with fans at their peak fanning, the setting was ripe for one of the best pranks you will see all year.

That’s right. A guy named Jerome LeBlanc who bears a remarkable similarity to Xenu’s fanorite son showed up in red Ferrari in full Maverick gear, complete with Ray-Bans, and proceeded to blow some fans minds (especially a few of the ladies, one of whom scolded her boyfriend for not recording her “meeting” Tommy).