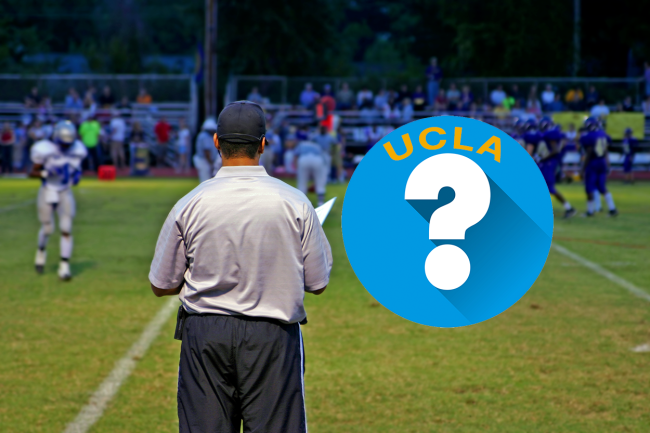 College football’s Early Signing Period begins on Wednesday and high school prospects across the country will be signing to play next season on the next level. As such, over the course of the past few days, college coaches have been making their final arguments for why a prospect should choose their school.

However, not all of them have been real.

A fake UCLA coach has allegedly been offering scholarships to prospects without having any authority to do so. A flurry of them went out earlier this week.

Jacob Allen, a Class of 2022 outside linebacker prospect from Napes, Florida, tweeted out that he was the victim of a catfish. He warned other recruits of what was going on and shared the alleged fake UCLA coach’s phone number.

Just to spread awareness, a fake UCLA coach is offering kids. I was one of them. I can’t believe someone would actually do this to guys who have worked so hard for their dreams. It’s unfortunate and heartbreaking but God is good and has a plan. @UCLAFootball @Trace_Williams2 pic.twitter.com/a8jUqqK5j7

He also may not have been the only one to get the wool pulled over his eyes. Allen tagged another recruit from Louisiana as well.

Allen, who is not listed on 247Sports, has tweeted before about an offer from Norwich University. It is a Division III military college in Vermont. Williams has tweeted about a visit to Louisiana Christian University, a private Baptist school in Pineville.

Meanwhile, they get a message from a guy that is pretending to have authority within the UCLA program. How can you say no to UCLA?!

Allen likely told his family and maybe even some of his friends. And then it turned out to be fake.

It is a really horrible thing for someone to do to a kid, but Allen is taking it in good spirits. College football is the greatest sport on earth, but stuff like this is just too far.