Family Of Seven Finds 5 Inches Of Animal Blood, Fat, And Bones In Their Basement In Real-Life Horror Scene 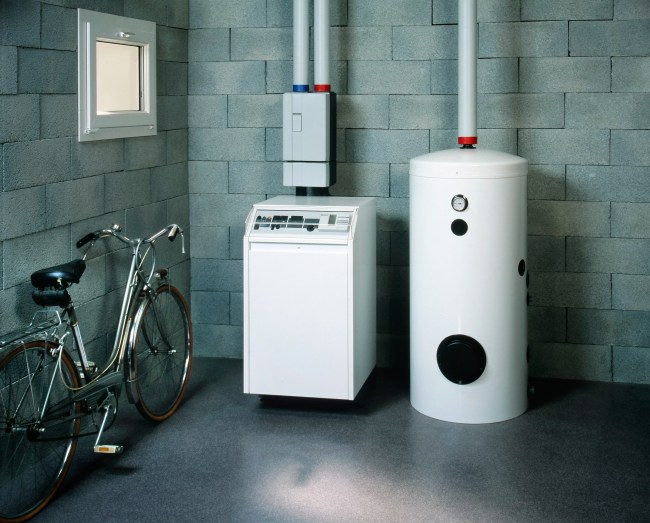 Our home is our sanctuary. Those four walls that keep out the rest of the world’s distractions are where we kick back and relax in peace. Our natural state of homeostasis can be completely thrown off by even the slightest calamity at home but a genuine catastrophe like the one below would legitimately drive many people to madness.

The family of seven in Iowa had their lives uprooted upon finding FIVE INCHES of animal blood, fat, and bones pooled up in their basement in a scene so disturbing you wouldn’t even expect to see this in a Horror movie. This happened in Bagley, Iowa and the family says the meat locker next door is responsible (obviously) for the blood flood but the meat locker’s new owner is pretty much saying ‘LOL, it sucks to be you.’

According to the report on Fox13Now, the Lestina family lives next door to Dahl’s Custom Meat Locker. The family of seven has lived next door to the meat locker for ten years but the business changed owners in the past year and the new owner of the plant is reportedly telling the family it’s not their fault.

The fucking meat locker is saying it’s not their fault that there’s 5-inches of animal blood, fat, and bones in this innocent family’s basement. That makes perfect sense. There’s footage of the carnage below, by the way.

“They haven’t reached out at all. In fact, they haven’t taken any accountability for it,” Lestina told WHOtv. “They say it’s not their fault and told me ‘good luck.’ If I want to do anything about it, it’s on my dime and my schedule.”

I’m sure that family of seven has plenty of $$$$$ in the bank to drop thousands of dollars on cleanup and sanitation from all of that harmful animal waste pooled up in the basement. Who doesn’t have an emergency fund on hand for when they find a river of blood in their house?!??

If you want to see what the bloody basement looked like there’s a video the next set of quotes, I just want to make sure you get the full story.

This reportedly all began on October 3rd when the meat locker slaughtered hogs and cattle with the remains flushed down the floor drain. Kevin Wilken is an environmental specialist with the Iowa Department of Natural Resources and he’s the person who has been in contact with the meat locker.

The meat locker from my standpoint has been pretty cooperative. They have worked with me to come up with a permanent solution so the animal blood, fat and all that stuff is no longer discarded down those floor drains,”

He said the owner, Katelyn Dahl, said the meat locker had killed hogs and cattle on Thursday, Oct. 3rd and flushed the blood down the floor drain. Upon questioning, she said she believes the floor drain discharges into a tile, which is likely connected to the Lestina’s floor drain via the same pipe.

The DNR got the Iowa Department of Health involved because it was a health hazard. The department recommended the family of seven live somewhere else in the meantime to avoid any potential biohazards. Lestina said the Dahl family has been non-compliant in helping cover any costs. (via Fox13Now)

Just a heads up, this is gross. But you know that already:

The dad says ‘he’s looking into thousands of dollars with cleanup’ which includes $2,000 in sanitation alone. The only personal experience I have with biowaste cleanup was my H.S. rowing coach who had a biohazard/biowaste cleanup company that was called in to handle things like car accidents, suicides, events like this, etc. and that coach was a bonafide millionaire so I know firsthand how that’s an EXPENSIVE service.

There’s also the damage. Amongst the items stored in the basement that was completely ruined was a bed the family was saving for their 1-year-old baby, as well as all of the other normal family keepsakes you’d expect to find in a basement.

Again, this footage is pretty fucking horrifying but you were prepared for that when you clicked this article:

A rep from the Iowa Department of Natural Resources confirmed that without the family’s sump pump the levels of animal blood would’ve continued to rise beyond 5 inches.

For a full rundown of this story, you can click here to visit Fox13Now.