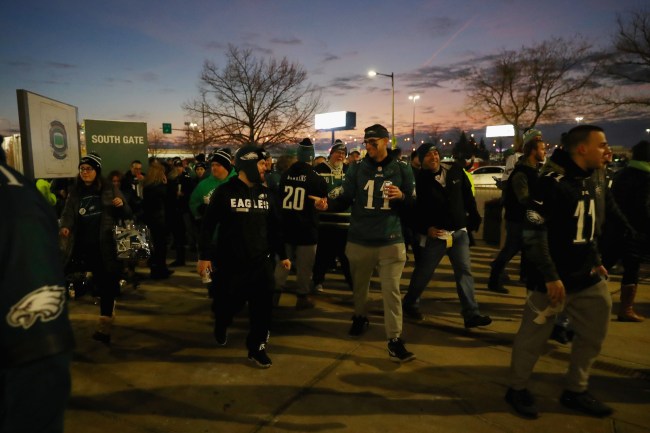 We’ve made it. There is officially football on television every weekend from now until the first weekend of February, and while NFL preseason is about as meaningful as a Buzzfeed quiz, just seeing bodies in helmets is enough to stir up excitement.

Oh yeah, and the long awaited return of stadium fights!

The Titans beat the Eagles 27-10 in a preseason opener last night in Philly and a couple Eagles fans didn’t take it too well.

I have no context for what you are about to see but it appears the dude in the plain white t (what happened to that band?) was jawing at a couple Eagles jersey-wearing hooligans. It resulted in a 2-on-1 battle that ended decisively with a plain white tee L.

Watch until the end because the fight is capped off with a ruthlessly disrespectful act after the dust settled.

Did that dude just steal his hat after he slapped him? Yikes.

Also, note in the background how the enforcer with the orange shirt subdued the rowdy rascal by pulling his jersey over his head. Veteran hockey move.

Ok, that’s all. Enjoy the weekend and stay safe out there.