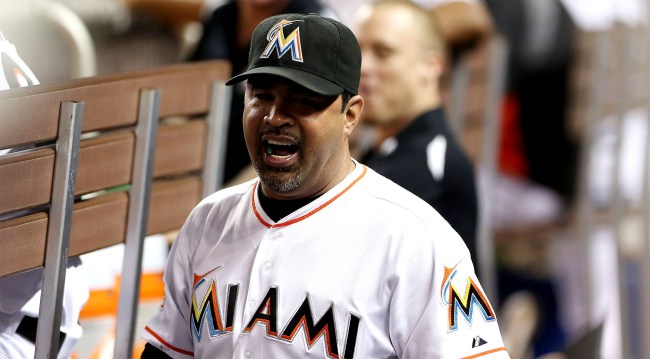 The hiring of Tony La Russa by the Chicago White Sox after not managing in baseball at any level since 2011 was looked upon by many fans (me) as a strange choice that was probably going to be a mistake.

Somewhat surprisingly, the 76-year-old was able to guide the young White Sox to a stellar 93-69 record, a AL Central Division title, making the playoffs for just the 11th time in the team’s 121 year history.

The San Diego Padres recently fired their manager Jayce Tingler, who finished second in the 2020 National League Manager of the Year voting, after a disappointing 79-83 record.

Now rumor has it that the Padres are looking to pull a LaRussa and are interested in hiring the 2005 American League Manager of the Year Ozzie Guillen.

Guillen, like La Russa, got his managerial start in Chicago with the White Sox. Also, like La Russa prior to this season, Guillen hasn’t managed a Major League Baseball team in nine years.

Tony La Russa has now won 2,821 Major League Baseball games as a MLB manager. Ozzie Guillen has won just 747 after going just 69-93 with the Marlins in 2012 before being fired after one season with three more years still left on his contract (and also after making some rather inflammatory remarks about Fidel Castro).

So not really the same thing. That, however, isn’t stopping the Padres, according to Dennis Lin of The Athletic.

Padres president of baseball operations A.J. Preller and chairman Peter Seidler declined to comment when asked about Guillen and any other managerial candidates, but, as usual, the fans were in no way silent in response to this unusual news regarding the current White Sox studio analyst.

Let's just keep bringing back all the olds... I'm sure Guillen is very well versed in analytics https://t.co/E2awJBxq27

You know it was a distaster when the cheapest owner in MLB at that time was willing to eat the remaining three years of your contract. That’s what happened with Ozzie in Miami.

If you asked me the worst possible option for the Padres manager I would probably say Ozzie Guillén. Not the worst of the candidates, the worst in general.

Great choice if you want to keep missing the playoffs

They will get demoted to AAA if they hire Ozzie

I want to see the Mets hire Guillen, just because you know Guillen managing that dumpster fire and dealing with the New York media would be fascinating.