Internet Reacts To Fans Spending Up To $30,000 To Be At The Johnny Depp, Amber Heard Trial 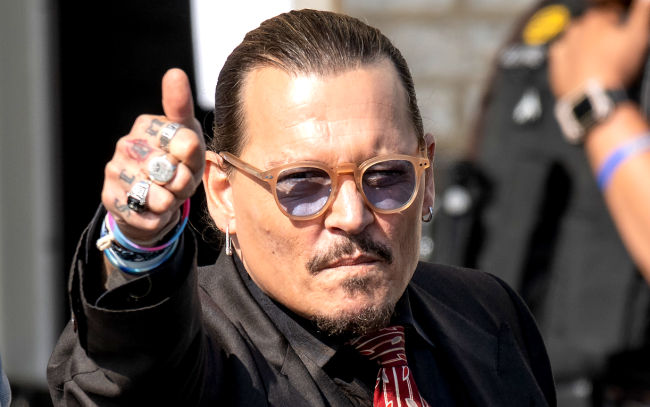 Just when you think the news surrounding the Johnny Depp versus Amber Heard trial couldn’t possibly get any more weird, fans of the actors go and top themselves.

Numerous fans recently spoke to People about their attempts to get inside the courtroom doors before the trial recessed until until May 16.

Several of these fans have spent thousands of dollars just for a chance to stand in line outside the proceedings with dozens of others each morning of the trial, hoping to get a peek inside.

Fans spent $30K to get into the Johnny Depp and Amber Heard trial https://t.co/D21BVp9YgL pic.twitter.com/NK0HyQQuHJ

“I’ve never been to a public trial before. I’ve never stayed up overnight for anything in line, and I came at 12:45 a.m.,” Sabrina Harrison of Madison, Wisconsin, told People. “I’ve never done something like this in my 46 years of life.”

Another woman from the United Kingdom, Sharon Smith, 52, flew to Virginia so she could be at the trial when it began on April 11. She says she has spent around $10,000 on airfare, hotels, food, and drinks. She also lined up at the courthouse at 1 a.m. each day of the trial so she could be let inside.

One Johnny Depp fan admits to having spent $30,000 on expenses to attend the trial

Neither of them hold a candle to Ivan De Boer, 59, of Los Angeles, though.

“I took my whole year’s vacation so I could be here for Johnny,” she told People. “I’m the same age as Johnny. I’m single, so I do what I want to, basically.”

When asked if she had any regrets about spending about $30,000 just to watch the trial, she replied, “No regrets. I’d regret it more if I wasn’t here.”

Many on the internet are having a hard time understanding this kind of behavior.

I can watch it for free. They tripping.

Really is a shocking sign of how pathetic people are who worship at the feet of celebrities. So stupid.

they will regret that if they have to buy groceries, pay rent, a mortgage, car insurance, pay their bills. We are headed for a recession people, it is real, and that is entertainment, that can be watched on tv, free.